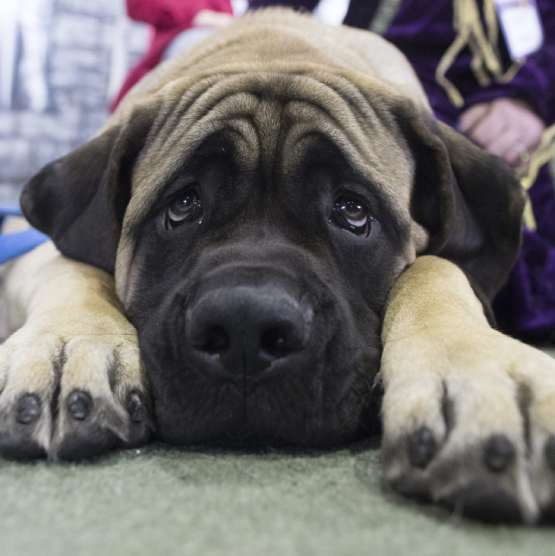 1. What Countries Are Mastiffs Banned? 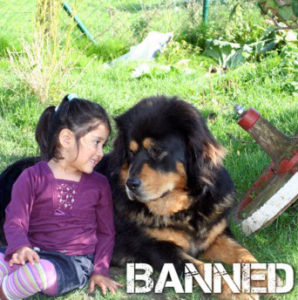 Mastiffs are frequently known as big, gentle dogs who often want nothing more than to spend time with their human families and defend them from any trouble that might arise. Unfortunately, not everyone realizes this and so, in a lot of jurisdictions, mastiffs are perceived of as being dangerous or even a threat to society. These claims aren't entirely baseless-after all, many a mastiff will become aggressive if not trained or socialized properly-but animal scientists commonly agree that the claims are overblown. Much of the time, it even seems that mastiffs are banned in different cities almost exclusively because of their large size and fearsome stature-rather than their actual temperament in real life.

​The practice of banning certain breeds of dogs, which is usually done via the mechanism of municipal laws and bylaws, is known as Breed-Standard Legislation (BSL). In the past-and, all too sadly, the present-BSL has been used to ban breeds like pit bulls, Rottweilers, Pinschers, German shepherds, and even Chow Chows in cities all over the world. Much of the time-and as is the case with mastiff breeds-this legislation can trace its origin to perception of certain breeds as being dangerous.

Before we can get into the heart of why mastiffs and other breeds are perceived as dangerous-the reason the bans have arisen in the first place-and what we as dog owners can do about them, we would do well to learn about those cities and jurisdictions wherein mastiffs are banned in the first place. So, without further ado, let's answer the question of where mastiffs are banned, and which breeds are affected by these bans.


2. Where Do These Kinds Of Bans Apply? 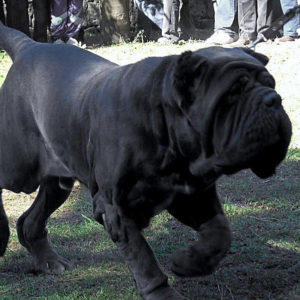 These bans are often the product of government action, usually municipal (city) legislation. However, BSL can also be the result of federal or provincial legislation. What breeds are restricted depends on the country, the actions of its local, state/region and federal governments, and what public sentiment is like at the time this kind of legislation is drafted. In many cases, the public is spurred to action-pushing their governments to ban certain breeds, or take other restrictions against them-because of a widely publicized incident in which a dog of a specific breed put the life of a human in danger.

In the case of mastiffs, several breeds are banned in different areas around the world. In Ireland, for instance, the Control of Dogs Regulations, 1998 prohibits people from owning Bull Mastiffs. The government of the British island territory of Bermuda prevents people from owning, breeding, or importing dogs belonging to the breeds of Argentine Mastiff (Dogo Argentino), the South African Mastiff (Boerbel), the Bullmastiff, the English Mastiff, the Neapolitan or Italian Mastiff, and the Brazilian Mastiff (Fila Brasileiro). The offspring of these dogs with other breeds are prohibited as well; this prohibition is established by the Dogs Act 1978.In 2014, an owner was even fined 1000$ for owning two pit bulls (pit bulls are also on the list of banned dogs). The Dogo Argentino and the Fila Brasileiro are also banned in the UK, on account of the Dangerous Dogs Act 1991. And last, the municipal government of Hangzhou, a city in Chinese, has famously banned all kinds of dog breeds, including the Tibetan Mastiff, Dogo Argentino, Fila Brasileiro, and the Tosa Inu (also known as the Japanese Mastiff), among other non-mastiff breeds.

These kinds of bans apply not only in cities, but also in private organizations-including, perhaps most famously, on certain aircraft. For example, the American plane chain United Airlines bans Mastiffs, along with the bulldog, chow chow, pug, Sharpei, and four breeds of domestic carts. This ban is particularly interesting, since United revised its standards for animals in transit after someone's do

g died on one of their flights in 2018. Apparently improving the well-being of dogs on flights can't be accomplished for some breeds, who are just better off not travelling at all. Who could have guessed?

3. Does The Breed Of Mastiff Matter? 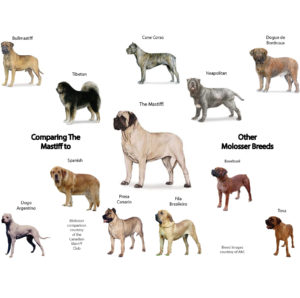 We've already mentioned that some breeds of mastiffs have been banned in different countries around the world. These include Bullmastiff, the English Mastiff, the Fila Brasileiro, the Dogo Argentino, and the Neapolitan or Italian mastiff. For these reasons, if you're considering getting a mastiff, it's best to get one that has been historically perceived as less dangerous, including the Molosser, the Terceira Mastiff, the Olde English Bulldogge, and the Gran Mastín de Borínquen.

BSL was strongly discouraged by the Centers for Disease Control and Protection, who explained that the data on larger dog breeds was imprecise, if not downright inaccurate. As a matter of fact, the Centers even concluded that there was no observable benefit whatsoever to BSL. Furthermore, these bans are expensive, and enforcing them is difficult. And last, they are ineffective at best, if not downright problematic. Case in point: animal advocacy groups have correctly pointed out that, often, such legislation has been repealed due to its complete lack of expected results. Despite these valid criticisms, however, BSL continues to persist in many countries in different regions of the world. In fact, after the municipal government of Toronto, Canada banned pit bulls in 2005, bites from these dogs actually increased, and even to the highest levels in the past recorded century, in 2013 and 2014-and this, even though the dogs almost became extinct in the city during that time.

Animal advocacy groups and others have discussed some of the reasons they disagree with BSL: namely, that it has a number of unfortunate consequences. For one thing, the obvious result is that dogs will suffer. More specifically, people won't give up their bulldogs or mastiffs and how could you expect them to? - but they will try to hide the fact that they own dogs of these breeds. As a result, they won't take their dogs often enough outside enough, for fear of being caught by the authorities. As such, dogs of these breeds won't be able to socialize with possible canine companions, and they will very likely see their exercise reduced. This phenomenon is particularly harmful for the mastiff, since many mastiff breeds - the Tibetan Mastiff is a good example-will become aggressive, if not plain dangerous, when they are not able to exercise or socialize with their peers.

Dogs will also suffer in that, because owners will not want to own these kinds of mastiffs-again, for fear of getting caught by the authorities, and seeing their beloved pet taken away as a result-which means that they will refuse to adopt them from shelters. The result, naturally, is that those shelters have no choice but to turn these dogs away-sometimes even euthanizing them-because they know no one will adopt them. 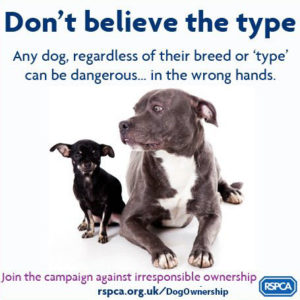 If you're a current dog owner-and don't have the space or time to take care of a new dog-then you are, right now, for the moment, in the green. As much as it sucks that certain mastiff breeds are banned, you shouldn't have to use resources you don't have-and possibly risk the well-being of a new mastiff-to take care of a dog when you simply can't.

If you currently own a dog whose breed is banned, talk to your local ASPCA or other animal-advocacy group. They might, for example, recommend that you register your dog with the proper authorities. Generally, this needs to be accomplished within a (often short) timeline, such as 30 or 60 days. In some jurisdictions, you might receive a certificate attesting that your dog is safe and not a threat, and you might be obligated to muzzle your dog whenever you're in public with him or her. All this being said, you need to be careful. In some jurisdictions-including the UK-dogs of banned breeds can be seized by animal control, even if they have committed no wrongdoing, and you would have to advocate for your dog in court, arguing that they are not a danger to society.

Regardless of whether you own a dog or not, there are different things you can do to fight against BSL. For example, if your region or city is considering this kind of legislation, you can counter it via petitions, campaigns, and writing letters or calling your local ministers and municipal politicians. You can donate to-and buy products from-organizations that fight for the rights of banned dog breeds, including the closest ASPCA chapter and specialized organizations like the Pit Bull Project in Toledo, Ohio. Donating to your local shelter is an option as well: the employees take care of dogs who have been abandoned once their breed was banned, after all.

You can keep yourself informed by reading about BSL, both as a concept in general and how it has been (or will be) implemented in your community. Also be sure that you and everyone in your family knows how to comport themselves around dogs, and particularly dogs they don't know, so that accidents don't occur. Finally, you can volunteer at your local animal shelter, donating your time to helping the dozens of lonely dogs who live there full-time. 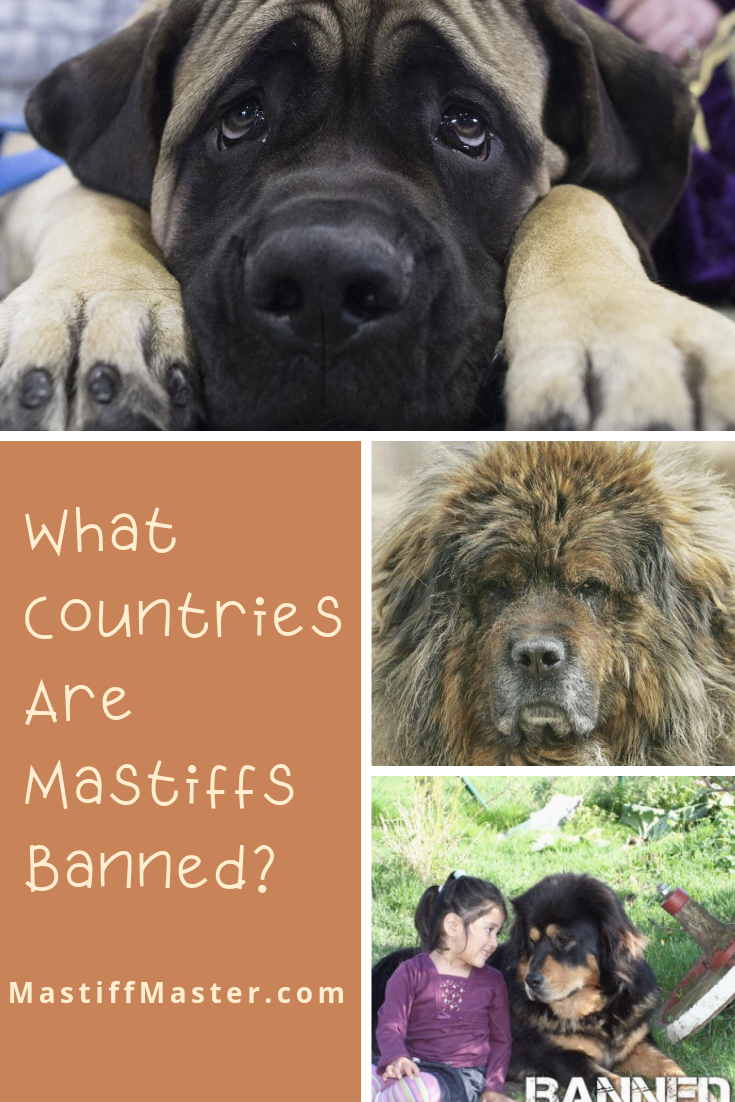 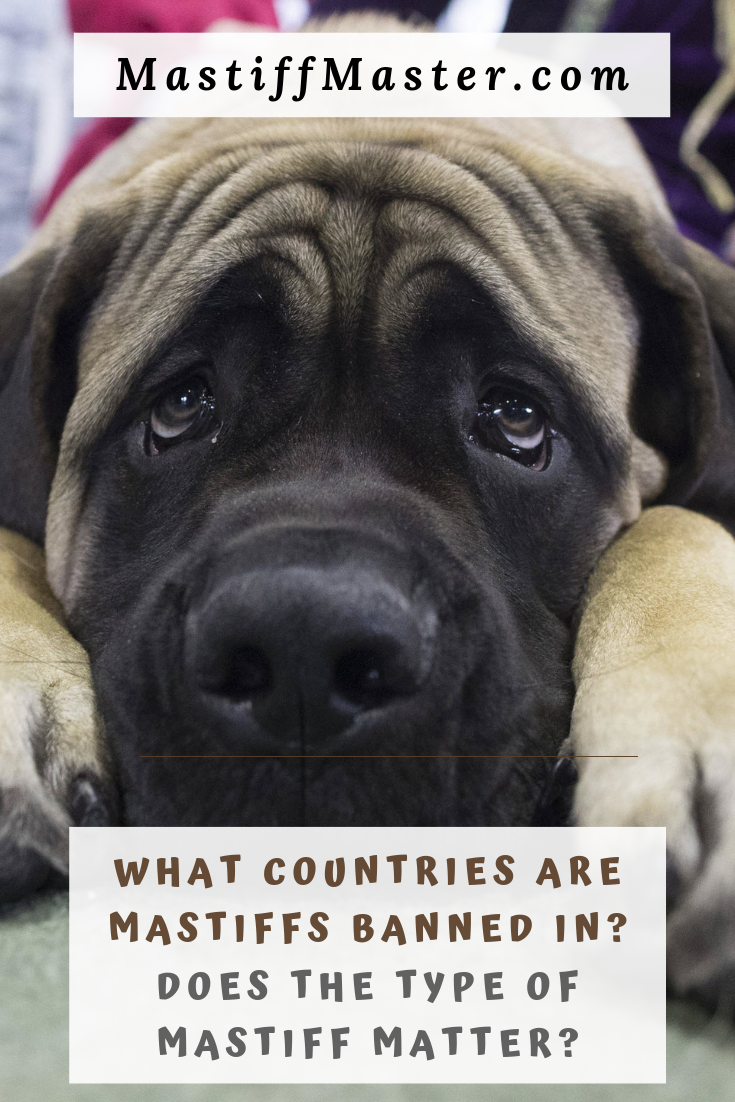 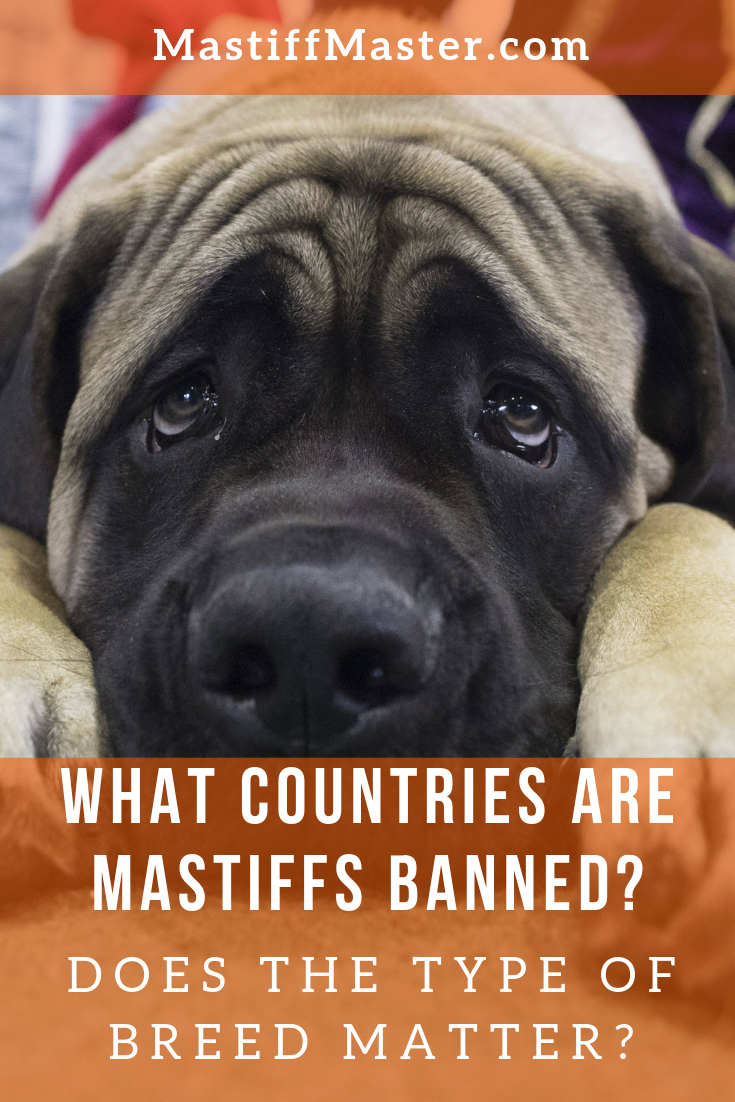 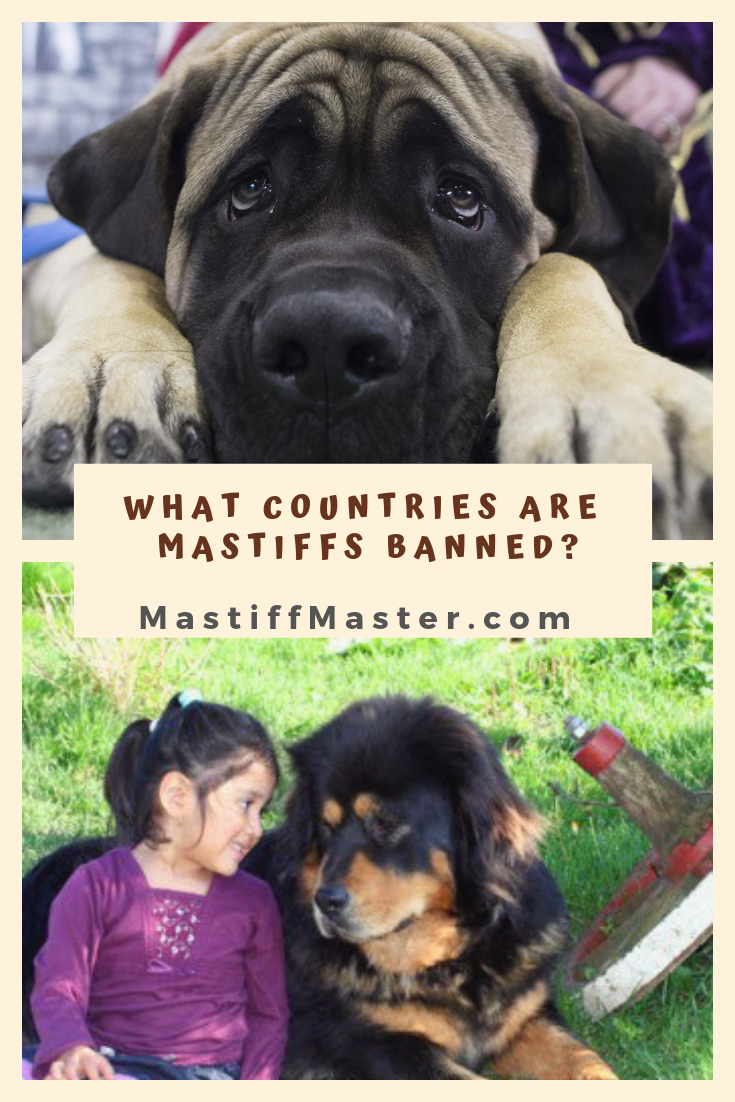 Ways to Puppy-Proof Your Home Before Bringing Home A Mastiff