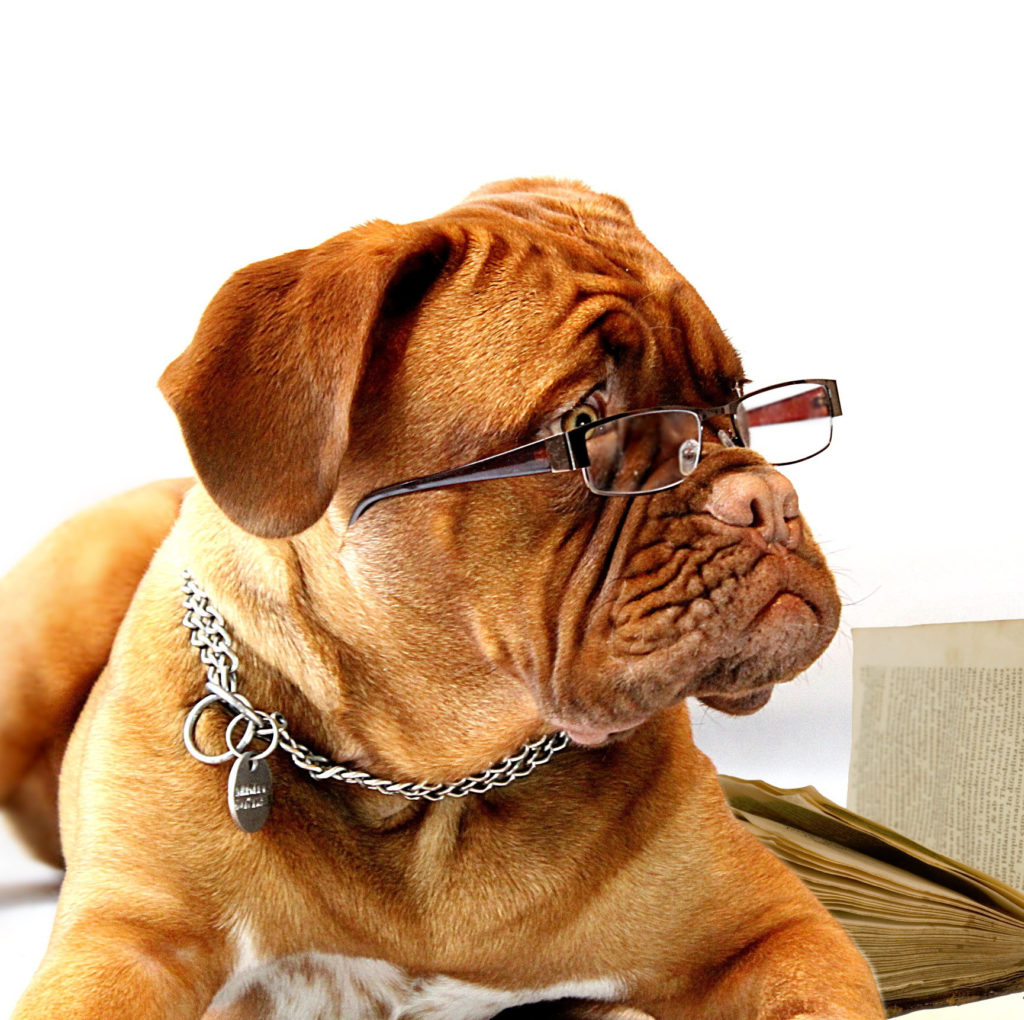 What Are Genetic Diseases That Affect Mastiffs Disproportionately?

What is Wobblers and is it a disease that affects Mastiffs disproportionately?

The answer is YES. I did not know much about Wobblers disease as it did not run in the line that I have nor any lines I bred to until last year. I would find out after a breeding took place from the breeder/co-owner of the female who was placed to live with me by her breeder at 2 years old, and who also picked the stud dog at the last minute, that the stud dog had Wobblers in his line, i.e., he had at least one if not two litter-mates in his litter affected by Wobblers.

The breeder of the Stud Dog (whom he does not live with) openly acknowledges that this certain Stud Dog had at least one for sure if not two litter-mates diagnosed with Wobblers disease. I would find this out from a, somewhat non-participatory co-owner of the bitch. I was told about the Wobblers in the stud dog’s littermates after the breeding was confirmed, by the non-involved co-owner of the bitch as a buffer in case I heard “rumors.” I still am not sure how Wobblers is passed down genetically.


I know a dog affected with Wobblers should never be bred, but what about breeding a dog who is not affected but has a full littermate that is affected? Could the genetics be passed down to nieces and nephews? Please read the below articles…. the second of which is very telling~ Ask your breeder: IS THERE WOBBLERS IN THE LINE? If so, that breeder should be knowledgeable about Wobblers.

What is PRA/CMR and is it a disease that affects Mastiffs disproportionately? There is a DNA marker for PRA/CMR and yes PRA/CMR run in the Mastiff line. As a matter of fact, there should be no reason for dogs to even remotely be affected with either of these ailments, ESPECIALLY PRA – as there were two devoted breeders who took the time to raise a trial litter to find the DNA marker for PRA. If we test our dogs there is no way this disease will come back into the line.

Reputable breeders DO NOT HAVE PRA in their lines. CMR is a new DNA test and there are breeders breeding the CMR affected and/or carrier dogs to non- affected/carrier dogs. Please ask about the testing. These are diseases that affect the eyesight and can (especially PRA) cause a dog to go blind very early in age. I do not have any dogs that are affected or carriers of either of these diseases because I health tests my dogs.

However, I have first-hand experience with a young and careless breeder who actually bred a litter without testing and I recently ran into a mastiff on the beach in Santa Cruz, CA who was bred by this person and he was going blind at 3 years of age. I have first-hand experience with this person. If you would like to know the details more fully, please contact me. Please ask your breeder to see a PRA/CMR clear certificate and if their dog is clear, it will be posted on the OFA website because they will be proud of it.

What is Degenerative Myopathy and is it a disease that affects Mastiffs disproportionately? A very new DNA test for the Mastiff. A very new study. Mostly a disease that comes on late in age, frankly in dogs that live much past the age of a mastiff. Also, the mastiff is not on the “should be tested list for this disease.” However, there is a DNA test for it. My personal opinion is that two carriers should not be bred and certainly, two affected dogs should not be bred. If you have a dog that has one normal and one carrier gene and it is bred to a normal/normal – and that is continued the possibility of the gene mutating in mastiffs such as it has in other breeds is there.

So the utmost of caution should be taken if one decides to breed on DM carrier/normal to normal/normal then keep and offspring and that offspring should be bred to normal/normal. A breeder should not endeavor to continue to breed on carrier/normal or the more extreme since this DNA marker is so new and there truly is no research to base breeding protocol on. This is just my personal opinion due to my study. In some breeds, this disease mutates in ways that even if you have a carrier/normal the dog should never be bred because of the way the gene mutates and transfers.

What are Dog Seizures and do they affect Mastiffs disproportionately?

I have never had experience with this, but the question should always be asked of the breeder. There is no test or DNA marker to determine whether a dog has this other than the sheer fact that the dog has seizures. If a dog has seizures, there are neurological tests that can be performed to find how “why” the seizures are occurring and then a proper diagnosis can be made. I would be leery of getting a pup from a sibling or parent of the dog that has seizures. It has been proven to be genetic.

What is Dog Cancer and do they affect Mastiffs disproportionately?

Cancer can be found more in some lines rather than others. There is no DNA marker or test.. you must rely on the breeder, to be honest with you. Ask how long the majority of their dogs live. If it is only until 5 or 6 – be concerned. Also, make sure you ask about cancer in the line and if there has been cancer – how many dogs have it, how many generations back, etc. Cancer does affect at random, as in humans, it should not be held against the line unless there is a history.

What is Dog Bloat and does it affect Mastiffs disproportionately?

Some say it is genetic… I’ve seen it affect two dogs – a father and a son, both around the same age – some say it is not. Again, no test for this and precautions can be taken. Another one you have to ask the breeder about and rely on them to tell you the truth.

What is Hip and Elbow Dysplasia and does it affect Mastiffs disproportionately? Hips, elbows, patellas, and shoulders can all be ex-rayed. A breeder who tests their dogs places their testing results on the OFA website for all of the above – the issue is, some only place passing results and not full results. If you do not see test results for a breeding pair, as the breeder why they are not posted on the OFA site. If you only see a result for say elbows but not hips, that can sometimes mean the dog did not pass hips. Talk to your breeder about this. Some breeders will choose to breed on one bad elbow or mild – some even moderate – hips of only one of the breeding pair.

This determination is usually made by evaluating whether there is a pattern of failure on a certain test in the line or whether it is just a “fluke” inbreeding. It is not always a terrible thing if the breeder is breeding responsibly to occasionally see a breeding on a less than desirable hip or elbow. Make sure you talk at length with your breeder about this. Most importantly is if the breeding pair have been tested and if a pair is being bred on less than passing – ask the breeder to explain.

What affects Dog Hearts and does it affect Mastiffs disproportionately?

All breeders should have a passing cardiac on their breeding pairs. If there is not a passing cardiac, ask why. In my personal opinion, there is no reason not to test your breeding pair’s hearts. Heart defects can be genetic or congenital. A defect is a defect and will not pass an OFA test. Ask your breeder to explain if one of the pair has not passed an OFA cardiac test what the defect is and what their rationale for breeding on it is. Then talk with your vet and a cardiologist.

We will not be endeavoring to breed much in the future at all – only when we would like to have a new mastiff for ourselves when some of our older dogs are, well, getting really old. We also are not endeavoring to show anymore. We are enjoying our Mastiffs fully as pets – with that said, we always want our website to be a place where folks can come to learn and feel free to call and ask questions about the breed.

What is Cystinuria and does it affect Mastiffs disproportionately?

Cystinuria is a disease that if the dog is affected can cause very painful stones in the urinary tract. Females can carry and deliver this disease to their offspring but they do not get physically affected like a male dog. In years past, responsible breeders test urine, to the best of their ability. Urine is sent to UPENN and is tested there. If a dog is labeled as positive, a breeder should retest. A positive or carrier male should not be introduced to a breeding program.

There has been much controversy within the mastiff community regarding using females that may have a link to Cystinuria in their line due to the fact that you cannot urine test a female, yet she can pass the gene onto her offspring. Luckily, after years of research and mastiff breeder participation, a DNA marker for Cystinuria in Mastiffs has been found. As of June 2012, we will be able to submit blood to UPENN and have it tested for both males and females. This way we will be able to hopefully eradicate this disease from Mastiffs by knowing if our females are clear or not.

The problem in years past is the lack of testing of males and also the inability to test females who can very well pass the gene on. Now that there is a DNA marker all breeders should be sending in blood samples to have their males and females tested. Make sure to ask your breeder if they are participating in clearing both males and females of Cystinuria by way of DNA testing. A “Clear Certificate” from UPENN University should be shown to you if in fact a male or female has been tested. Certificates are sent whether negative or positive~ 7 Top Tips for Preventing Allergies in Your Dog