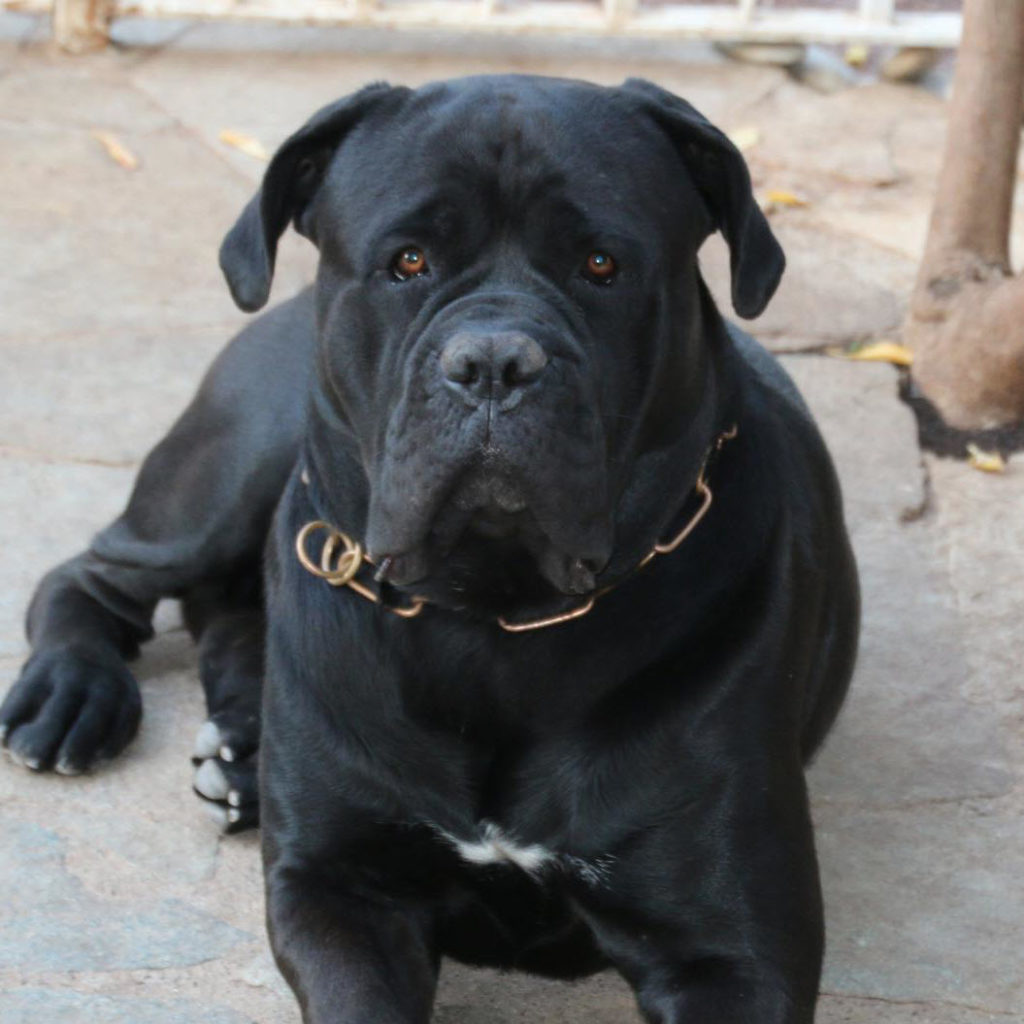 To understand more about the wonderful Italian Mastiff breed, first, we should take a look at the characteristics it has in common with all Mastiffs. Generally, this breed is massively built while still keeping an elegant appearance with its long muscles, short and oily coat, intense eyes and a wide muzzle. Mastiffs are known for their endurance, agility, and intelligence.

All of these traits, as well as even-mindedness, make the Italian Mastiff one of the best watchdogs to have around.

The Italian Mastiff actually originated from the Tibetan Mastiff, which was often assigned to guard ancient monasteries. In Italy, however, it had gained a different reputation as its strength and courage made it able to stand up and protect their masters even against wild boars and bears. As such, they became popular for their loyalty and ability to protect and were instead assigned to carry valuables for their masters. Being of gentle nature and having protective instincts, the Italian mastiff has also shown that it can be very devoted to the family that takes care of it. This breed is known to be great with children as they are among the most tolerant and patient of dog breeds. This is one breed that actually needs a lot of attention and affection from you, or else it will suffer physically and mentally. Be sure not to scold it too much! It usually will remain upset for long periods of time whenever it gets scolded.

You can also expect an Italian mastiff keep its levelheadedness even in the face of other dogs. Despite the fact that this breed was once allowed to participate in battles at arenas, the Italian mastiffs of today will not go out and seek a fight with other dogs. It will, however, stubbornly hold its ground when provoked. Being a breed of excellent watchdogs, an Italian Mastiff is endowed with good intuition and they will be able to notice most changes to the environment which they are used to. Because of this, they might react negatively to small changes made to your home allowing you to ascertain if something might be out of place. With their stable temperaments, they also make great guard dogs.

Usually, an Italian mastiff will need an experienced master because it can also be too aggressive to other animals and to strangers. Because of this, you will have to have it get used to the presence of others in order to prevent your pet from becoming too nervous, too cautious, and too fearful of strangers. Don’t be too worried, however, as these dogs are easy to train due to their willingness to please their masters. With enough training, Italian mastiffs are more than able to provide protection to one’s home and family. And the love that you shower on it is sure to be reciprocated with its devout affection.