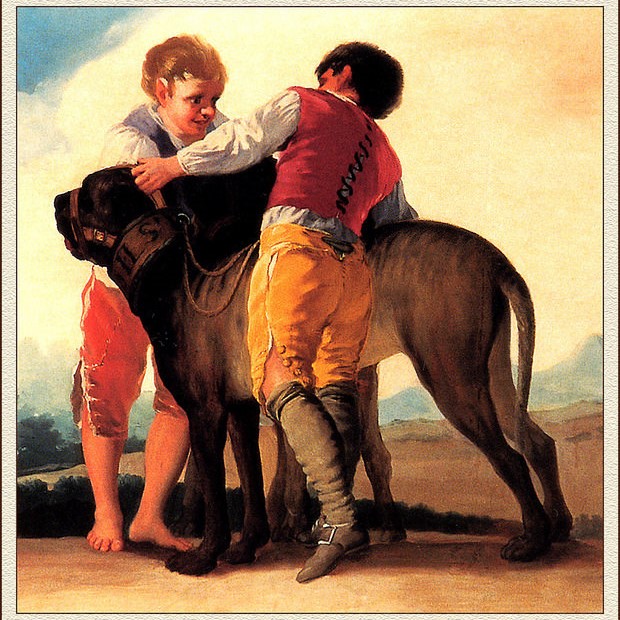 The Gamekeepers Night Dog: A History of the Bullmastiff

Words of Mastiff Wisdom from the Past 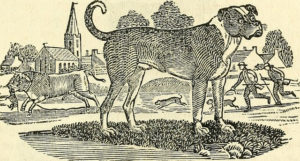 The Bull-Mastiff: Mastiff with a dash of Bull or Gamekeepers Night Dog is a breed of dog using different names that has existed for centuries. Modern Bull-Mastiff history however generally dates from around the turn of the century with the breeds acceptance by the British Kennel Club. Vivian Holander writing in 1911 makes reference to “an unrecognized breed of British dogs”. He summarizes thus:

“I hope I shall have interested many who will look into the claims of a dog that is not only all British, but combines wonderful pluck and endurance with the gentleness of a lamb and whose only aim is, if necessary, to be allowed to take its death serving its master or mistress. One cannot buy devotion, but the next best thing to it is to buy a Bull-Mastiff.”

“Some people may run away with the idea that these dogs are savages, but they are trained to obey a command. Bull-Mastiffs know no fear and are never beaten. Criminals will face anything rather than a savage dog. They would be absolutely panic stricken if they had to face a Bull-Mastiff, which is not pretty at the best of times. They are highly intelligent and seem to be possessed of a wonderful quickness and scenting power.”

At about the same time a Mr. Morris writes of his Bull-Mastiff:

“He is greatly admired – at a distance. His looks belie him, for he is really the most even tempered dog I have ever seen. He plays with my little boy of three and a half years old and never ever bumps into him. The boy takes bones out of his mouth, but he does not resent it in any way; a firm guard, but in no way ferocious.”

How The Bullmastiff Came to Be

The breed originated in Great Britain in the middle of the 19th century. The estate owners hired gamekeepers to guard all of the edible wildlife so it could be used by the estate owners to feed the estates’ hundreds of employees. Poaching was a capital offence during those days, so the law enforcement needed the felons to be delivered to them alive. Gamekeepers needed best help possible for this job – they needed dogs that were fast, quiet and obedient. They also had to be powerful and courageous, they could not hesitate to jump on and hold a poacher until the gamekeeper would take him to the sheriff. Two breeds came to mind: a Mastiff and a Bulldog. A Mastiff because it was a guard dog, and a Bulldog because he was a fearless fighter. There were several problems with using either one of the breeds: 1. The Mastiff was too massive and too slow to tackle the poachers and probably not as aggressive because it had been a family pet for generations. 2. The Bulldog with its massive forequarters and head with its relatively short legs, was too slow and unfortunately too ferocious. Bulldog being not too obedient could maim or kill the poacher before the gamekeeper got there.

So, this is how the Bullmastiff came to be. A 60% Mastiff and 40% Bulldog. Very powerful, very athletic, one that moved quickly and quietly. One, who is very intelligent and very obedient. Bullmastiff had no problems jumping and knocking down the poacher and holding him there until the gamekeeper came and took him to the sheriff alive.  The colors of the new Bullmastiff were variety of brindle, red and fawn. All of them had a black mask. The brindle color was said to be preferred by the gamekeepers because it was more difficult to see them at night. 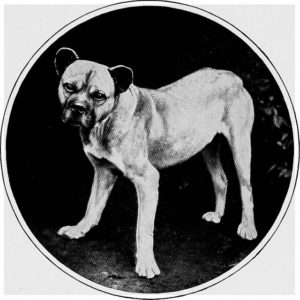 The Working Bull-Mastiff is bred for a certain capability and mentality first and foremost. We strive to come as close to the dog described in the early 1900’s as is physically possible, with three goals in mind. First actual Bull-Mastiff temperament, Second, awesome athletic ability, Third, good health with lack of inherited genetic weaknesses.

Let me describe the Bull-Mastiff of years past. He was a big dog, but not a giant breed, certainly not as big as some of the Mastiff types paraded as Bull-Mastiffs today. But he was unbelievably powerful, quick and athletic for his size. He was capable of taking down a wild boar or an armed man yet was so incredibly mentally stable that he could come immediately from a fierce battle, bloodied, and lick his masters face or walk gently around a 3 year old without even bumping him. That same 3 year old could take his food away from him without so much as a growl. The English Kennel Club recognized The Bullmastiff breed in 1924 and American Kennel Club followed in 1933.

The Introduction of Dog Shows in the 1930’s 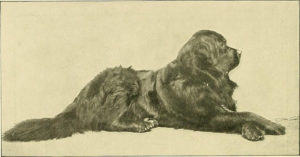 In the 1930’s the dogs were taken over by different show organizations. This provided a lot of fun for those involved, but some believe that the dogs suffered for it. As one man said about present day dogs, “All the Bull-Mastiff can do is walk around the ring and look pretty”. Worse than this, however, is the emergence of rampant inherited serious health and reproduction problems. A receptionist in a Veterinarian’s office said to me, “Show dogs are a vet’s best friend. I wouldn’t own an AKC dog”. You may ask how did this happen to the dogs? It works like this. In every litter there is variation in the puppies. The ones picked for breeding are the ones that carry on the breed.

For some dog lovers, dog shows are merely beauty contests. All that is required of a dog is to look as close as possible to a standard, that may or may not even be in the best interests of the health of the dogs (Neat wrinkles, to cause entropia eye and skin problems, too short of muzzles, causing the dog breathing problems, he spits and sputters in your face when excited and so on.) The dogs lope around the ring and must not try to bite the judge. This is all that is required and this is what is bred, for to do so produces rootin tootin purple ribbon champions. Lots of champions means lots of acclaim and more money for your pups and dogs. , Others, of course see shows as a great way to appreciate such a fine creature. The debate continues…

Keeping the Breed True to its Roots 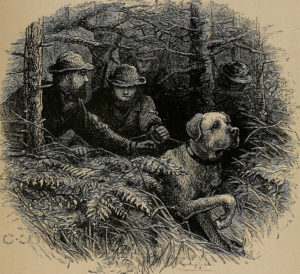 As I said, there is variation in the litter, just as in the human family. Some are pretty, some are rather homely, some have health problems, some are smart, some have tremendous physical and mental ability and completely dominate The litter by just being superior all around. They may not have the perfect color or markings, the head may not be absolutely the current fad, but these are the pups to select for a working dog, one that can do anything required of it. Ask yourself this, if the most beautiful specimen ever seen comes along and he’s interior mentally or worse, has inherited health problems, would a show person cull that dog from his breeding program, or would  he raise him up to be a champion of beauty. and breed him for big stud fees coast to coast? If this is done once, this is a big step down for the breed, if this is done over and over for 70 years, what happens to our physically awesome, healthy, intelligent, incredible breed.

The Working Bull-Mastiff is selected, First, correct Bull-Mastiff temperament. The temperament after all more than anything else makes the dog. Secondly, Awesome physical athletic ability. This is a hallmark of the breed. Thirdly, genetic health. And last, we all like a good looking dog, a truly handsome animal, but we select in the above order.

If you want an incredibly coordinated, athletic animal that naturally likes people, but has an uncanny ability to size up their intentions, who is absolutely fearless in the face of danger, yet is submissive to all family members, especially little ones, you’ll love the “Working Bull-Mastiff”.