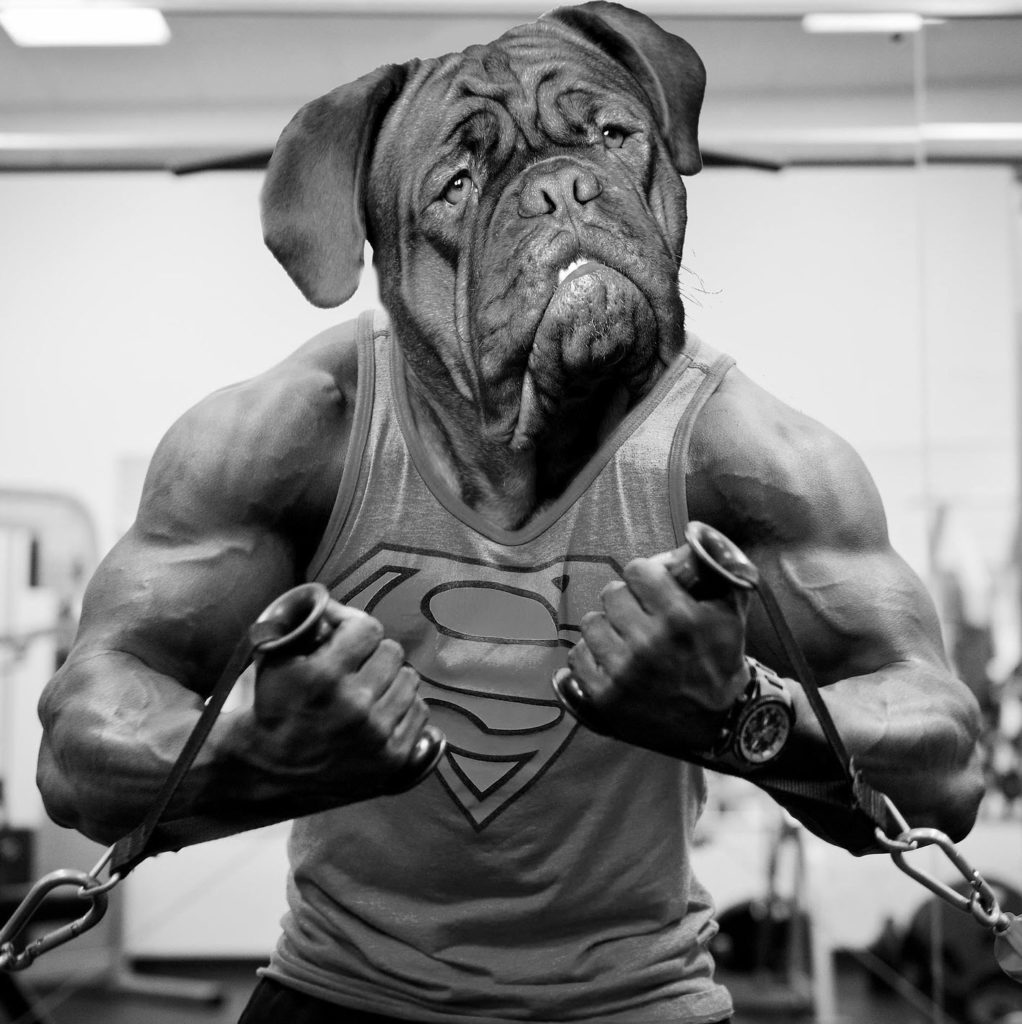 How good are Bullmastiffs with children?

As a mother of four we asked the same qestionn, and now being owners and breeders for over ten years we certainly could say that the Bullmastiff loves children, they are a very large affectionate, tolerant breed that is very loyal towards his family. We do however suggest that with any breed of dog supervision is required. Because they are a large breed, and without intention they can become quite excitable and boisterous and knock over toddlers. Warning care is also required with those long wagging tails. We would highly recommend the Bullmastiff as a family dog. 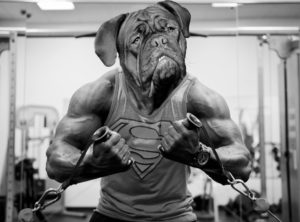 This is a breed that was bred solely to guard, therefore it is their natural instincts, they are not a herding breed unlike most other large breeds that are for some reason used as guard dogs. Without a doubt even the most aloof of the breed will surprise you. I call the Bullmastiff the natural guardian, as they know the TRUE meaning of danger and act. Occasionally depending on the individual character some can become overly protective of his family.


Are Bullmastiffs a one man dog?

In my opinion there is no such thing as a one man dog. Dogs are pack animals and there for they obey to the pack leader or the most dominate. Generally when a person says “He’s a one man dog!” Means that the dog sees him self as the second most dominate dog in the pack, in my opinion I see this as being trouble for the rest of the human family members this is something that I wouldn’t like to see in our dogs they MUST have respect for every family member.

Do Bullmastiffs require a lot of room?

Surprisingly enough no. They may be a large breed but they are not an energetic dog. I have even heard of Bullmastiffs living quite happily in apartment buildings with the exception of walks two-three times a day.

How much exercise do Bullmastiffs require? 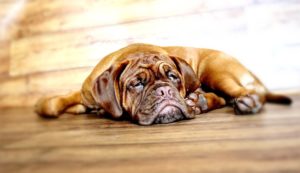 As mentioned above the they are not an overly energetic breed. For an adult a ten minute walk a day is ample, for growing puppies (puppies up to 12 months) we suggest a gentle stroll on flat grassy ground (avoid sand and concrete surfaces as they are to soft or hard which means the puppy needs to work twice as hard) for about ten minutes, if the puppy appears tied allow them to rest. We can not emphasis enough of the dangers of over exercising puppies. It has now been proven that even a puppy from low hip scored parents that has been constantly over exercised has resulted in being hip dysplastic.

Do Bullmastiffs eat much?

Yes as this is their favorite past time. An adult will consume around 1 kilograme (2lb) to 1.5 kilograms of food per day depending on the individual dog. Bullmastiffs are far from being fussy eaters and will happily eat fruit, vegetables, pasta and table scrapes, these are also ideal and give variety to add to their daily kibble.

What colors are Bullmastiffs?

Brindle was the original color later fawn and reds were introduced for the show ring. Please view pictures to see all three colors.

Generally no they are a very large heavy breed, but occasionally you will find the odd one in training for the Olympics high jump.

How large do Bullmastiffs grow?

Do Bullmastiffs drool a lot?

Every dog drools to some extent. They will drool if you happen to be eating in front of them or if it is a hot day or if they have just had a drink.

Do Bullmastiffs require a lot of grooming?

No. They are in respect a low maintenance grooming breed. They have a short hard coat that requires brushing twice a week to remove the dead hairs but during molting season brushing is required daily. Bathing should be done every one to two weeks usually all that is required is a bucket of warm water submerge a towel ring out the excess water and give them a good rub down then dry off with a clean towel.

What is the life expectancy of a Bullmastiff?

8-10 years but a great deal depends on exercise and diet, we have also heard of some living up to 13 years.

Are Bullmastiffs intelligent and easy to train? 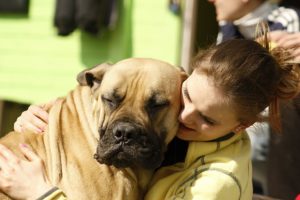 Yes they are intelligent and easy to train, BUT he can become easily bored and distracted so we recommend to keep lessons short. The addition of food treats as rewards is also beneficial as they are a food driven breed of dog. We also recommend to always leave training on a good note and keep it fun. If you do become impatient and hasty with training leave it for another day. The key to good training is to keep training consistent.

Do Bullmastiffs have any health concerns?

Yes just like any large breed they can suffer from hip dysplaysia. It has now been proven that hip dysplaysia is not entirely hereditary but environment also plays a big part of hip dysplaysia. The breed can also suffer from an eye condition known as entropion and ectropion . Entropion is where the eyelid rolls inwards and the eyelashes irritate the eye causing the dog to eventually go blind. Ectropion is the opposite of entropion where the eyelid turns outward resulting in constant conjunctivitis and inflammation problems. Both eye conditions can be surgically corrected but a responsible breeder would avoid breeding from such a dog with this hereditary problem.

Do Bullmastiffs get along with other dogs and pets?

Yes. BUT early socializing is highly recommended. Puppy schools are ideal as it allows your puppy new different smells. situations, noises and to be socialized around other people and dogs. They can happily live with other dogs, cats and other pets I have even heard of Bullmastiffs only being introduced to a cat at the age of five years and now they happily curl up in front of the fire together.

Searching for a Good Bull Mastiff for Sale?

In a trade such as dog breeding, it is always best to know that not all people that claim to be breeders are actually practicing good standards for breeding. This is so that you can be better informed to not jump on the first opportunity that presents itself to you.

To avoid being tricked into buying a badly raised dog, you might want to try avoiding the market altogether. This doesn’t mean that you’re giving up on your desire to get a bull mastiff, however.

As you begin your search, you might want to try out a shelter or rescue group. There’s a one in four chance that you’ll be able to find a purebred dog in a shelter.

And if you find the bullmastiff you wanted in one, won’t you think that it was just meant to be for you to find it? Also, you won’t only be getting the pet of your desires, you’ll also be helping a homeless dog in finding a loving home.

Looking for a Reputable Breeder

If you don’t find what you’re looking for in shelters, you can also try looking for a good bullmastiff breeder. It might be very tricky for you to identify a good breeder from a poser, but with some research and some investigation, you might be able to find a good one.

Remember that a reputable breeder won’t sell a dog to the first person that asks. Naturally, they won’t be found in pet stores either. No breeder worth his salt would choose to display their pups like merchandise. Generally, the best way to find one is to ask someone who knows. This may be a veterinarian you know, or someone who owns a bullmastiff, or a member of a kennel club with stringent requirements.

You can also check out if there are pet shows that will be held near your area so you can gather contacts and possibly get in touch with them at a later date. As you start talking with the breeders, remember that documents aren’t sure signs of a reputable breeder. Check if the person you’re talking to shows a genuine concern for the puppy and if his home or wherever he raised the puppy seems like a good place.

If you feel like there is something off about the person, or if there are some methods that he or she told you about that you don’t agree with, then it might be best if you don’t get the puppy from that person.

Otherwise, you might be sorry to find later on that the dog you adopted is actually in poor health with a bad temperament.

Checking out websites is also worth a shot nowadays. Through the web, many good breeders are out to inform the public of the many aspects of the breed that they’ve worked with for ages. Chances are you’ll also be able to find a bull mastiff for sale in a few websites.