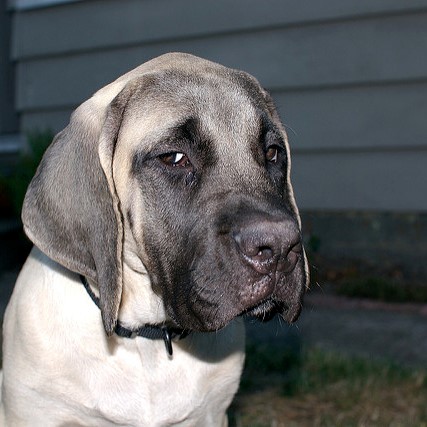 Why American Mastiffs Have Fewer Complications? 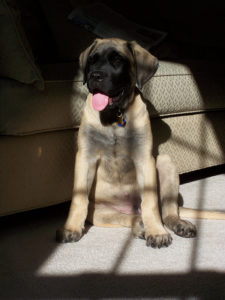 Mastiffs are known for three traits: dignity, courage, and dedication to their masters. With their large and mighty bodies combined with their natural protective instinct and extreme loyalty, they are great as guard dogs. On the other hand, dogs of this breed can also be surprisingly gentle and through proper training can be great with children, which makes them good as family dogs.

Taking this description even further are American Mastiffs, which are said to be bred to be family dogs, as opposed to being show dogs.

In addition to what they learn from training, dogs have a natural inclination to fulfill certain roles depending on how they were bred. Some dogs were bred to be on farms, some dogs are best at sniffing out and dealing with dangerous people, and some dogs fit right into homes.

This breed is actually a molosser-type dog and is a fairly new one. Actually, most breed registries won’t accept dogs of this breed yet. Only registries which aren’t very strict with their requirements will recognize it. One example would be the Continental Kennel Club which recognized the line as a purebred back in the year 2000.

The breed was created only over 20 years ago – crossing the English Mastiff and the Anatolian Mastiff. The latter breed is a very old breed which is endowed with a lengthy lifespan among other good traits.

In any case, it was actually one Fredericka Wagner of the Flying W Farms which thought to cross the two breeds to address the health issues, such as dysplasia and the short lifespan, plaguing the Mastiff. She had also hoped to correct the drooling tendencies in the mastiff breed. 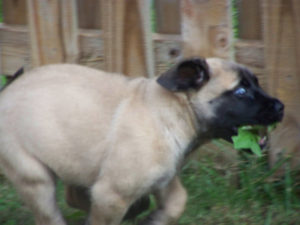 As a result, American Mastiffs were created. With fewer health problems, dogs of this breed live longer (the typical lifespan is about 10 to 12 years). They are also said to drool less than other mastiffs and other molosser-type breeds. So people who mind the drooling but want a mastiff breed won’t have a problem with these.

Dogs of this breed are usually calm and quiet. They are loyal to their masters and have a lot of love to give back when they are treated well. When properly trained and socialized, they get along well with children.

Even though these dogs are highly protective of their masters, they are usually not confrontational. They are not aggressive unless something threatens their masters.

Unlike other large dogs, those of this breed will do well even in an apartment with little space. To compensate, you must walk your pet dog every day. While they can remain inactive indoors, ultimately a well-exercised dog will be much happier and healthier.

Are You The Right Master?

While American Mastiffs seem like great dogs to keep as pets, they are not for just any type of master. Proud like the other mastiffs, these dogs need a confident master that they can respect.

For example, if you are someone who will let dogs lead the way when you are walking them, you probably won’t be able to properly train a mastiff. If, however, you can establish yourself as the leader of its pack – since dogs assume that the family that adopts them is their pack – then your relationship with the dog will be very fruitful.