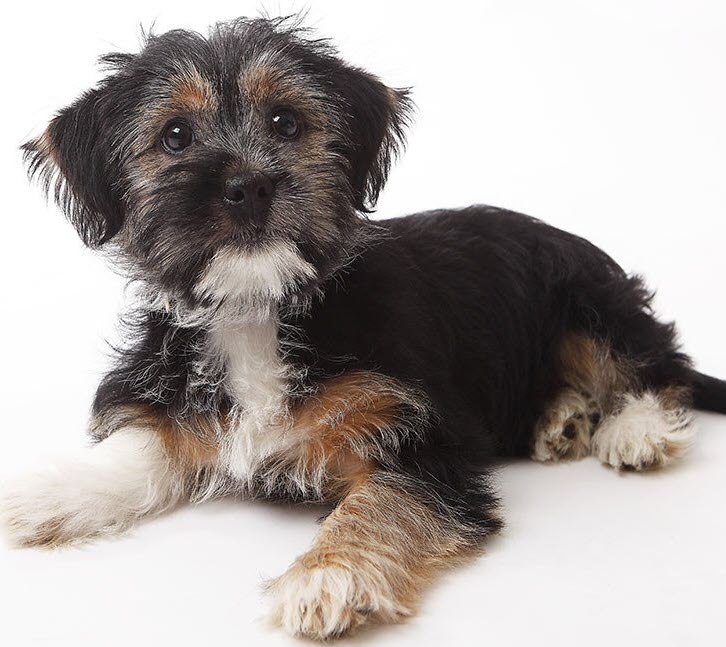 Terriers are energetic and alert bundles of fun. Terrier owners will often tell you all about their high prey drive and crazy antics! Now, you’ve probably heard of some of the popular terrier breeds such as Jack Russells and Staffies. But did you know that there is an abundance of tenacious terriers that you have probably never heard of. These terrier crossbreeds have become well known in the UK and USA as hybrids or ‘designer dogs’. Enjoy this terrier compilation!

The Patterdale Jack Russell Cross – often known as the Patterjack –  is a crossbreed dog created by crossing the breeds of a Patterdale Terrier and a small sized Jack Russell Terrier. This breed is not recognized by any known kennel clubs or organized associations, but has been attracting attention in recent years as an excellent hunting dog and pet.


A Patterdale Terrier is a breed of dog commonly used to hunt foxes and badgers, although it can also be successfully be used for hunting rabbits or other small game, such as squirrels. This breed has a short smooth coat that ranges in color from black to white with tan accents on its legs and ears. This breed is known for their quick reflexes, speed, and agility, which are all qualities that can be found in the Jack Russell Terrier. When this combination of breeds produces a puppy that retains these qualities it is expected to be an excellent companion and hunter.

The Pug Boston Terrier mix has become a popular crossbreed in recent years due to the popularity of both breeds involved in the creation of this hybrid dog. Both the Pug and the Boston Terrier are two of the most popular companion dogs in America and have gained this status for their loyalty, patience, and zealous protectiveness.

As a crossbreed dog created by crossing these two breeds, you can expect to find characteristics that include both parent breeds. When compared to a purebred Pug, the hybrid should share the head shape with its parent breed; however there is no guarantee that this will occur as both pugs and terriers vary somewhat from litter to litter.

On average though, it would be safe to assume that a well bred hybrid may resemble either of its parents more so than an actual Pug or Boston Terrier.

One noticeable characteristic which is particular to this crossbreed is its activity level. The Boston Terrier (known for its patience and affection) influences the temperament of the hybrid, producing a dog that is playful, yet loving. This crossbreed has become popular due to owners who have purchased these dogs as companions for their children.

The Jackapoo is the Jack Russell Poodle mix and has become an extremely popular hybrid dog in the UK. A Jackapoo is a crossbreed dog that results from breeding a Jack Russell Terrier to a Miniature or Toy Poodle. This breed usually weighs between 8 and 15 pounds. They are affectionate, coats which can tangles in their intelligent, avid learners, extremely loyal and great with children. The coat can be curly or wavy and is available in tan, black and white colors.

It may take up to two years for a Jackapoo to reach maturity, and once it reaches this stage, you can expect its coat to change from soft and fluffy to sleek or with a wavy texture. These dogs should be groomed regularly to avoid skin irritation.

The Boston Terrier Poodle mix is another increasingly popular crossbreeding of two very popular purebred companion animals. When breeding a Boston terrier with a poodle it can be expected that both parent breeds influence the character of this cross breed.

As previously mentioned, the Boston Terrier is known for its activity level, and this may or may not be noticeable in the character of a well bred hybrid. It has also been noted that the Poodle influence brings intelligence, loyalty, and affection into the character of your new hybrid puppy. It also often results in a hypoallergenic coat – an excellent option for owners who may have fur allergies.

The Pug Jack Russell mix (Jug) is considered to be a designer dog due to both parent breeds being very popular among pet owners in America. These two breeds are well known for their playfulness and friendliness towards people, which makes them excellent household companions as well as family pets. The Jack Russell Pug cross will probably look much like a shorter snouted and curly tailed Jack Russell terrier.

The Schnoodle is a cross between the Poodle and the Miniature Schnauzer. Many owners consider them to be the perfect dog due to their intelligence, loyalty and affection towards people; however when it comes to schnoodle character traits this can vary depending on how they were bred. The Schnoodle is again a popular choice due to it’s fur – they don’t shed as much as say the classic Jack Russell.

Another increasingly popular crossbreed of Poodle and Yorkshire Terrier is the Yorkiepoo. The result of combining these breeds is a longer or silkier coated poodle type or maybe even a fluffy Yorkie!

The Yorkiepoo can be expected to become accustomed to most other household pets without any issues; however you should note that some hybrids may take longer than others depending on the temperament of your puppy. These dogs also make excellent family pets.

These are just a few of the most popular crossbred designer dogs available in the UK and USA at present. If you have purchased one of these hybrids then it is important that you research your new pet thoroughly to ensure that you understand its specific needs. Many owners consider them to be excellent companions for people who do not want a dog with dominant behavior – as they tend to display calm, contented, and friendly natures with people instead.