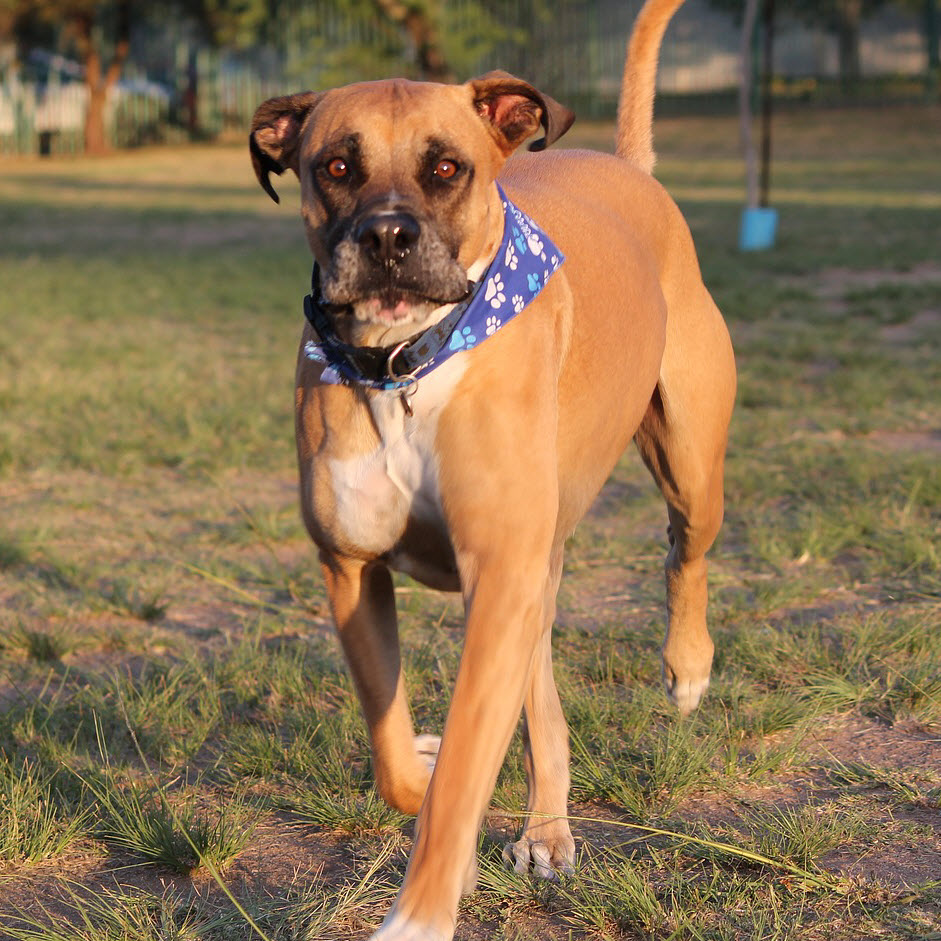 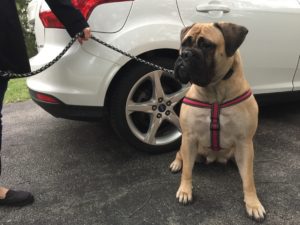 beginner breeder what the ideal for their preferred breed is. For breeders, this standard is what helps them determine the qualities that are necessary for them to pick, and what issues they need to address and, because this piece of mastiff info is made available, prospective dog owners are also given guidance on which puppy they should pick and take home based on the qualities found in the pup’s parents.

As mentioned, mastiffs are expected to be massive because of what the breed was originally intended for. Because of this, the American Kennel Club, for example, has set a standard height of at least 30 inches for males and 27 ½ for females.

Shorter mastiffs do not give the same imposing image as those that meet this standard, so they are naturally disqualified. Also, it should follow that the mastiff weight is proportional to its height. So, if a mastiff is tall but thin, it does not meet this requirement because it does not have the image that is expected of mastiffs. 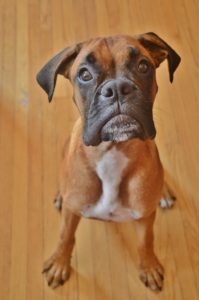 Aside from its great size, the mastiff breed is also expected to keep certain symmetry in its form.


First, it is expected that the mastiff’s head is square and massive. Its face and expression should convey its alertness to intruders, and gentleness to its master and family. It also has to have a powerful jaw.

Connected to this, of course, should be a muscular neck connected nicely to a strong top line. Following this, its shoulder and chest should also be massive and solidly built. Its forelegs should look great and without any sign of damage to its bones.

Examining further along the body of the mastiff’s body, you should also notice its hindquarters which should be broad and wide. Here, again, you should think of balance. The lower part of its body should be in proportion with the upper part.

While taking note of these, you can also check the way the mastiff walks. It is ideal that the dog walks in a way that conveys power, and confidence. It does not necessarily have to be quick, and it should not look as if it is exerting too much effort because of the weight of its body. 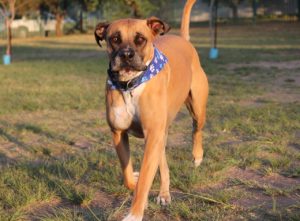 As for its coat, the mastiff is expected to have a coat that is moderately short in length. The undercoat should be dense, short, and close-lying. Mastiffs are not expected to have long wavy coats.

The colors that are expected of mastiffs are fawn, apricot or brindle. As much as possible, no white should be evident – and if there’s a patch of white the only acceptable condition would be a small patch on the chest.

Finally, you should expect that the mastiff has a good temperament – characterized by gentleness around its masters, and an aura of protectiveness.

These descriptions should provide you with a good idea of what you should be looking for in a mastiff, even if you don’t plan on joining a pet show or if you don’t plan on breeding it. Knowing enables you to pick a healthy pup from the rest and allow you to raise it properly.