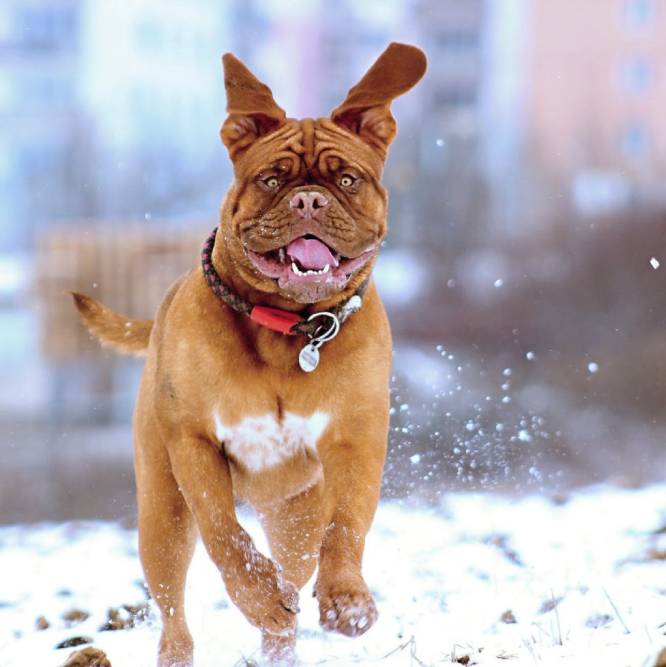 1. Where Did Mastiff-Type Dogs Come From? 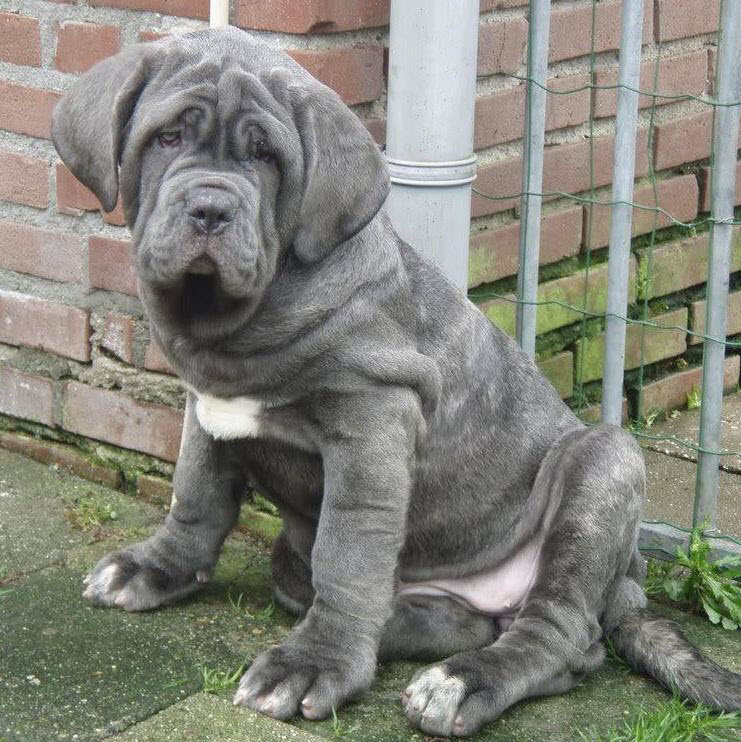 Mastiff-type breeds, also known as molossers, are among some of the oldest dogs known to humans. They are historically known to be the first domesticated dogs to travel with humans around the world. There are many surviving mastiff-type breeds, each with their own characteristics and personalities that still closely resemble the first domesticated ones. Their places in history say a lot about their strength, intelligence, and trainability. During the ancient civilizations, mastiff-types have been used as guard dogs to watch and protect settlements from killers and thieves; they have been used as fighting dogs to battle by their owners’ sides against enemies; and they have been used as herding dogs to help shepherd owners. Like most dogs, mastiffs today are family dogs that instinctively guard and protect their owners. Mastiff-types are very popular breeds for their adorable ears that jump up and down when they run fast, droopy eyes that let us know they want belly rubs, and their large size that make their type of breed ideal for owners who enjoy playing at the park, exploring the woods, or swimming.

2. Why Are Mastiff-type Dogs Expensive? 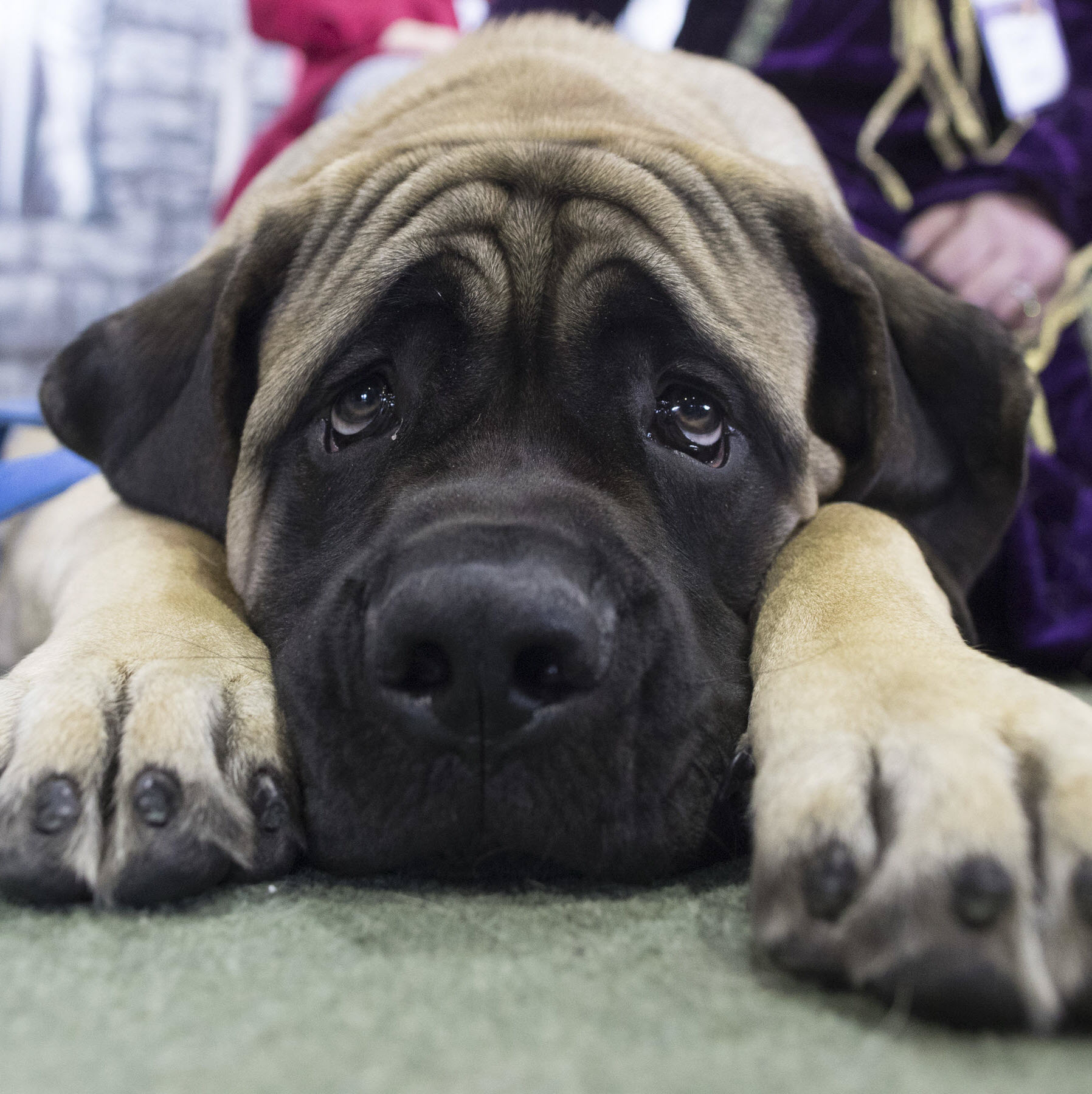 Regardless of type and breed, some dogs are born with health complications and have ones they develop inherent to their type. These probable complications make owning a mastiff-type a big responsibility even though they are independent, protective, and athletic. The three most common health complications inherent to big dogs like mastiff-types dogs are cancer, expansion and twisting of the stomach that eventually cuts off its blood supply, and heart disease. Because of these probable conditions, mastiff-type dogs cannot be bred without certification from the Orthopedic Foundation for Animals and passing a heart examination conducted by a board-certified veterinary cardiologist. The screening process for these probable complications is one of the reasons why breeding mastiff-type dogs are expensive and difficult. The difficulty in breeding them is the main cause of their rarity. The cost of the screening process and the difficulty of breeding them both contribute to their high market cost around the world. 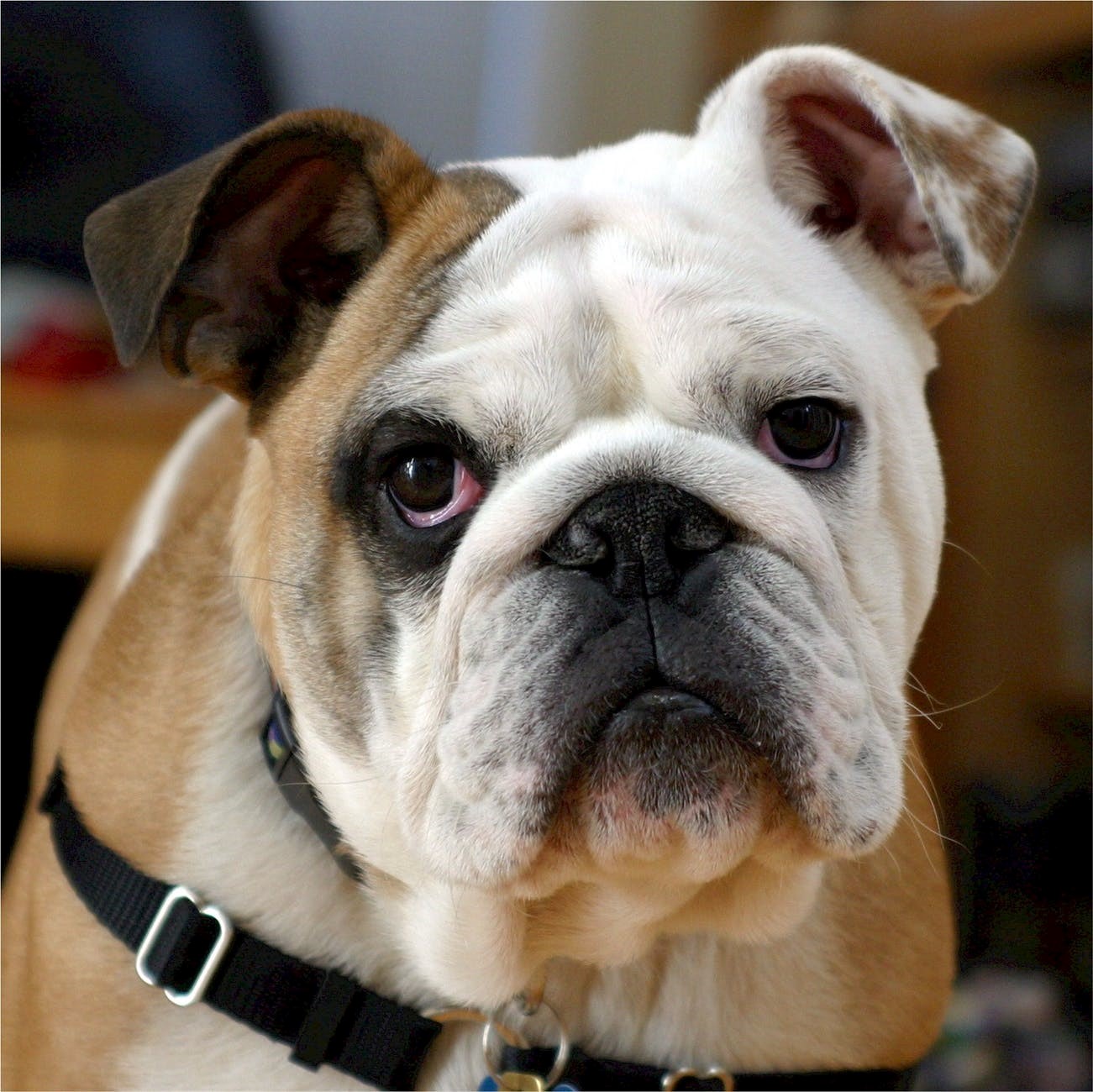 Different mastiff breeds have different market costs in different countries. Their costs are grounded on their health, sex, location, population or supply in a given location, strength, historical relevance, and medical and certification evaluation costs. For example, an athletic female mastiff-type dog, 1 of the 100 that are for sale, bred in Italy where its ancestors have torn down war opponents of their owners, will almost surely cost more than a stray dog.  Despite the other factors, the most important factor that jump-starts the market cost of a breed is their perceived rarity and high demand. 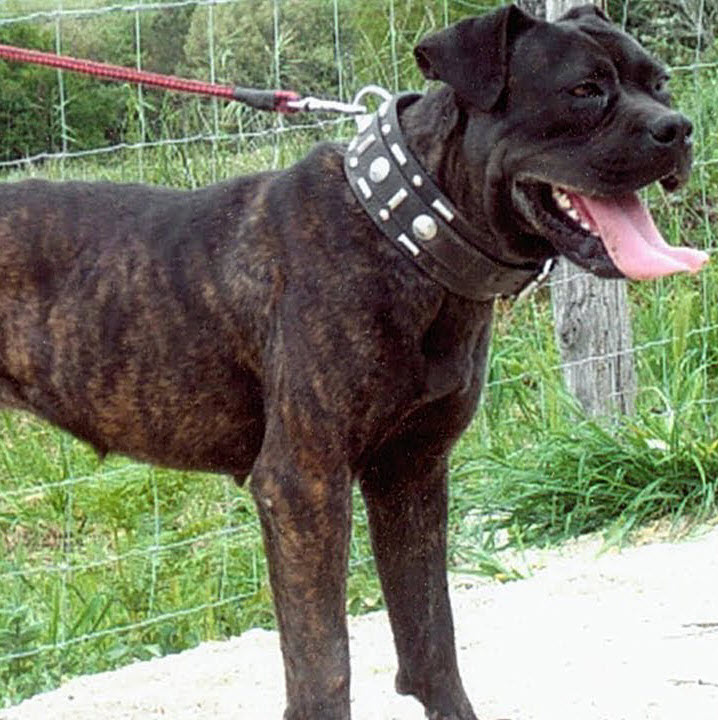 Spanish Bulldogs, (Alano Español) is a large molosser, mastiff type dog historically used in bullfights. Originating in Spain, this history of theirs resulted to the name of their breed; these big dogs have a large head, flat snout, black nose, partially wrinkled face and a thick, low-set tail. Like some of the other Mastiff-type dogs, Spanish Bulldogs have black mask-like portion on the faces that can often be associated with fighting dogs. They primarily served as working dogs that protect their owners, assisting their owners in battles and hunts, and handling wild cattle.

The Spanish Bulldog population decreased during the beginning of the 20th century since hunting became less popular and bullfighting illegal. There were also innovations in guarding livestocks that reduced the need for Spanish Bulldogs. Breeding and documentation standards began with the efforts of restoring the nearly extinct Spanish Bulldogs in the 1970s. Because of this incident of near endangerment Spanish Bulldogs now cost around $600 to $800. 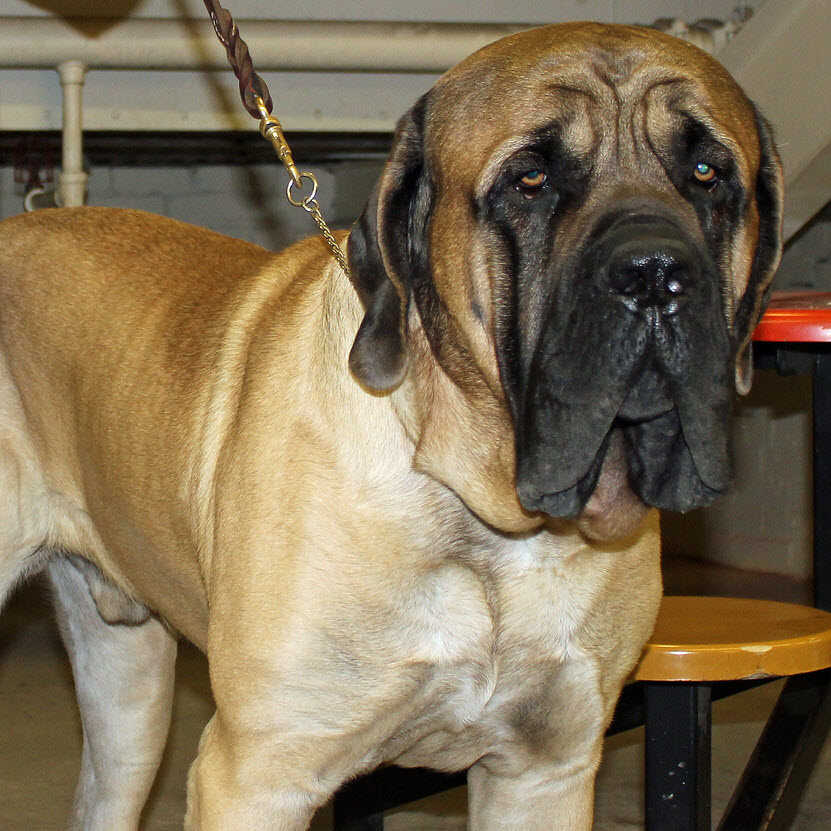 Mastiffs, also known as English Mastiffs or just Mastiffs can trace their roots back to ancient Roman and Egyptian civilizations. In fact, historical accounts of Caesar's invasion of Britain in 55 BC, he described a dog that closely resembles a Mastiff. During ancient times, mastiffs were used as war and guard dogs for their bravery and strength. They are popular among the nobility of ancient Rome due to their strength to endure battles with human gladiators, and bigger animals such as bears, bulls, lions, and tigers.

Despite their history as a breed, Mastiffs are generally kind, good-tempered, and family-oriented. At 230 pounds, they still make good guard dogs to protect families and homes. Coats of mastiffs are usually apricot, tan, and brown base color overlain with dark brown to black blotchy tiger-like stripes. Depending on their place of origin, destination, pedigree, and whether they are male or female they cost around $1200 - $1500. 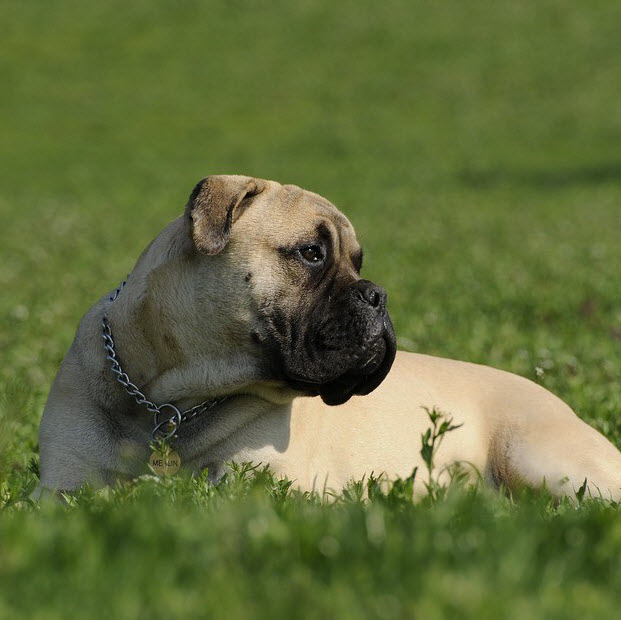 Bullmastiffs are brave, athletic, intelligent, and loyal. They originated from England as result of crossbreeding between Bulldogs and the Old English Mastiffs in the 1860s to help hunters protect their estates against intruders. Unlike other guardian breeds, Bullmastiffs do not bark as much, relying on their strength and size at around 26 inches tall and 130 pounds heavy. They are lighter than their parent breed, but are still heavier than healthy 5 foot tall male humans.

Bullmastiffs have a black mask-like portion on the face much like their parent breed Old English Mastiffs. Much like Old English Mastiffs, their accepted colors in the breed standard are tan, red, and brown base color overlain with dark brown to black blotchy tiger-like stripes. 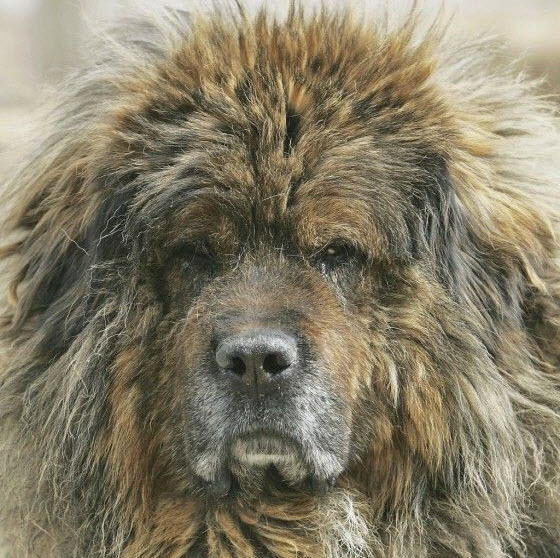 Like Neapolitan Mastiffs, Tibetan Mastiffs have some of the most distinct looks characterized by their thick coats. These huge mountain dogs evolved to be heavy-coated due to the cold climates and extreme weathers on mountain tops of Tibet, Nepal, and Himalayas. They are independent, stubborn, reserved, protective, and instinctive.

Unlike other Mastiff-type breeds, Tibetan Mastiffs require extensive training to develop strong connections with their owners. Aspiring owners need to devote the time and patience required for training as Tibetan Mastiffs have minds of their own. Because their independence can often come off as stubbornness; they are known for not showing recognition towards their own names when being called, and don’t have as much need for physical affection as the other breeds. They almost never feel alone as long as their owners are within proximity.

Pure Tibetan Mastiffs are very rare, reportedly selling as the most expensive dog breed ever sold at $1.5 million back in 2011. In 2014, however, about 1,000 Tibetan Mastiffs have been abandoned in China after breeding centers ran out of business and closed down. Their falling out from the graces of Chinese aristocrats prompted the desertion of an animal shelter where these Tibetan Mastiffs used to live. Tibetan Mastiffs used to be a status symbol among the richest and most influential Chinese families, but the demand drastically decreased in the last few years due to the oversupply of the breed. The Tibetan Mastiff breeders failed to maintain the illusion of extreme rarity that breeders of other Mastiff-type breeds succeed in doing in other countries. Considering that the oversupply of Tibetan Mastiffs in the animal shelter that closed down led to their independence from human owners, the low demand for them within the country can influence the difficulty of foreigners in finding reputable Chinese breeders to buy from. This rarity in breeders who sell dogs that are considered stray in their own country puts the average cost of Tibetan Mastiffs from $1,600 and up to $7,000. 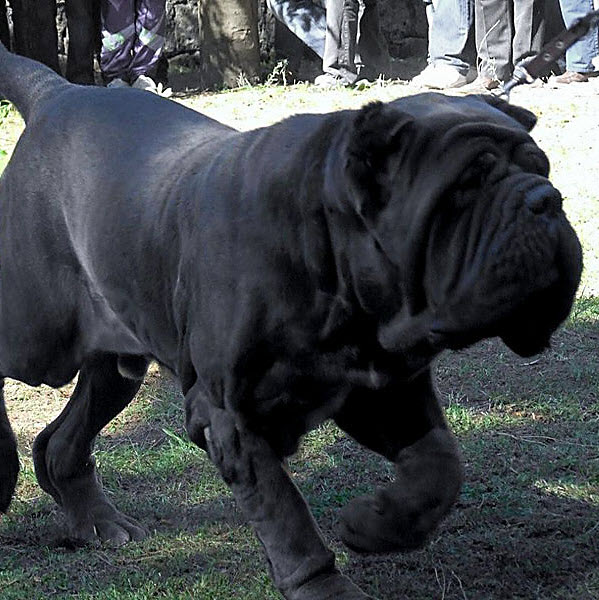 The best and healthiest Neapolitan Mastiffs are bred in Italy. They are very difficult to obtain for aspiring dog owners living in other countries and can be very expensive. Depending on the connections of an aspiring dog owner with the most trusted Italian breeders of the finest Neapolitan Mastiffs, puppies from a reputable breeder can cost from $2500 go up to $10,000 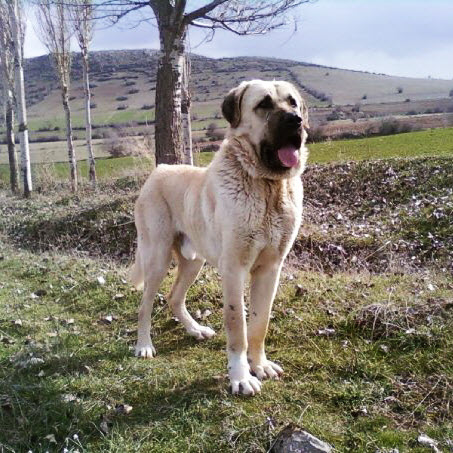 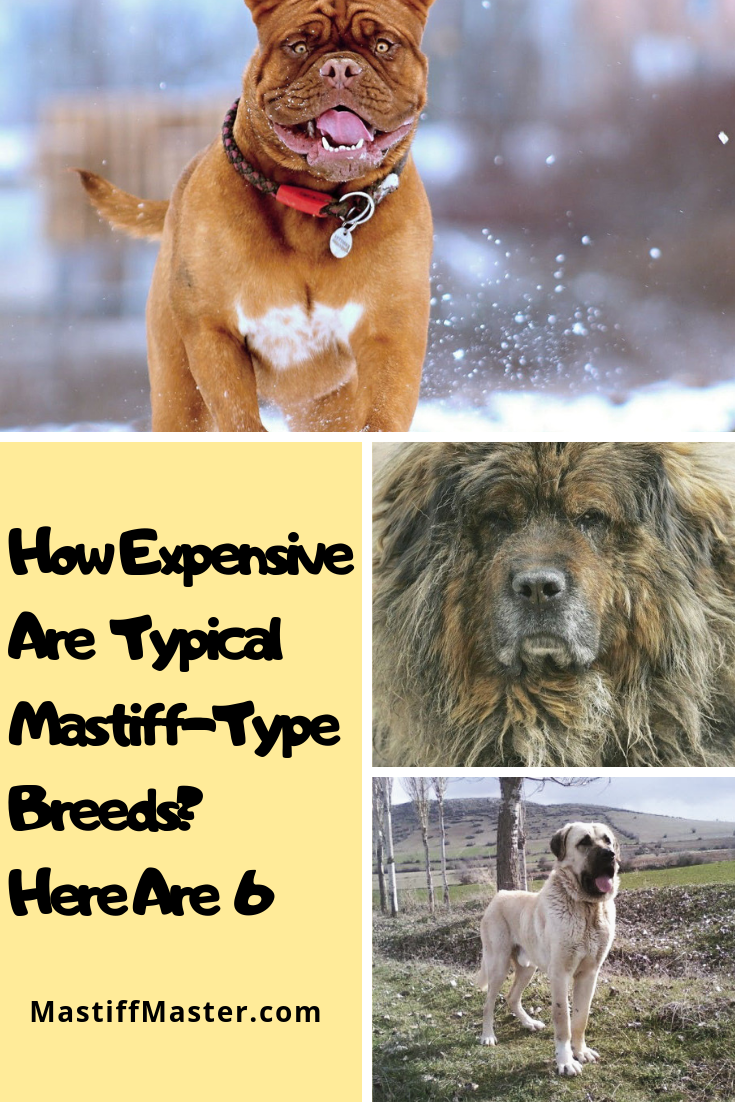 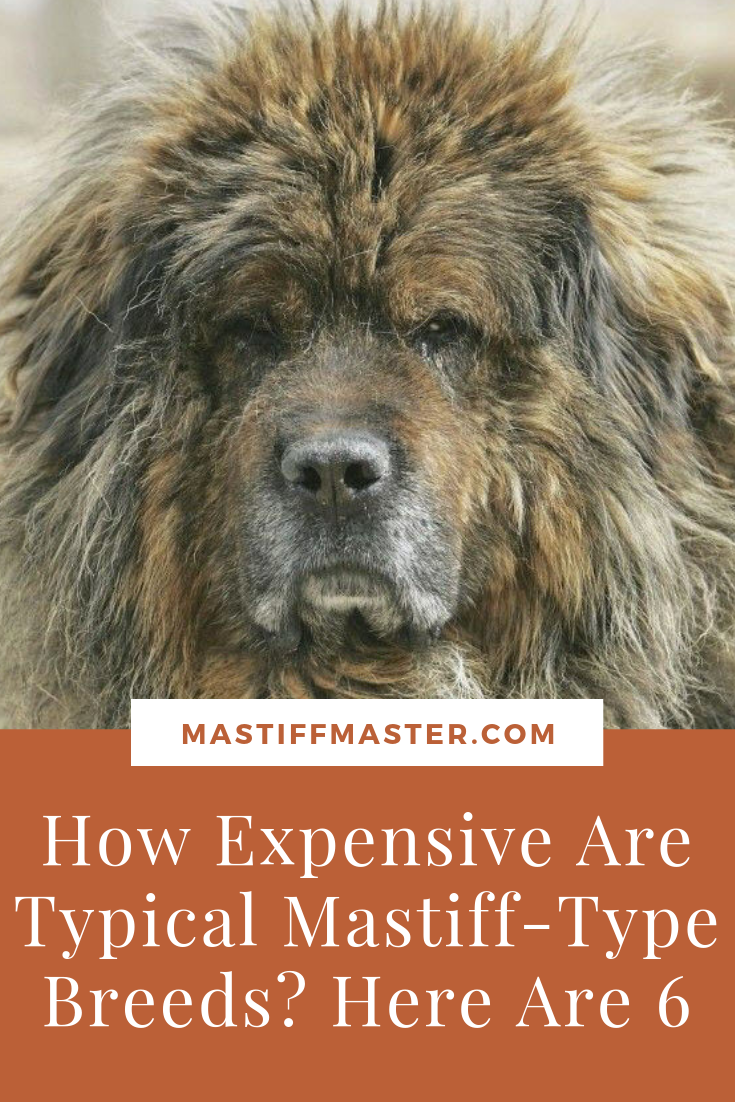 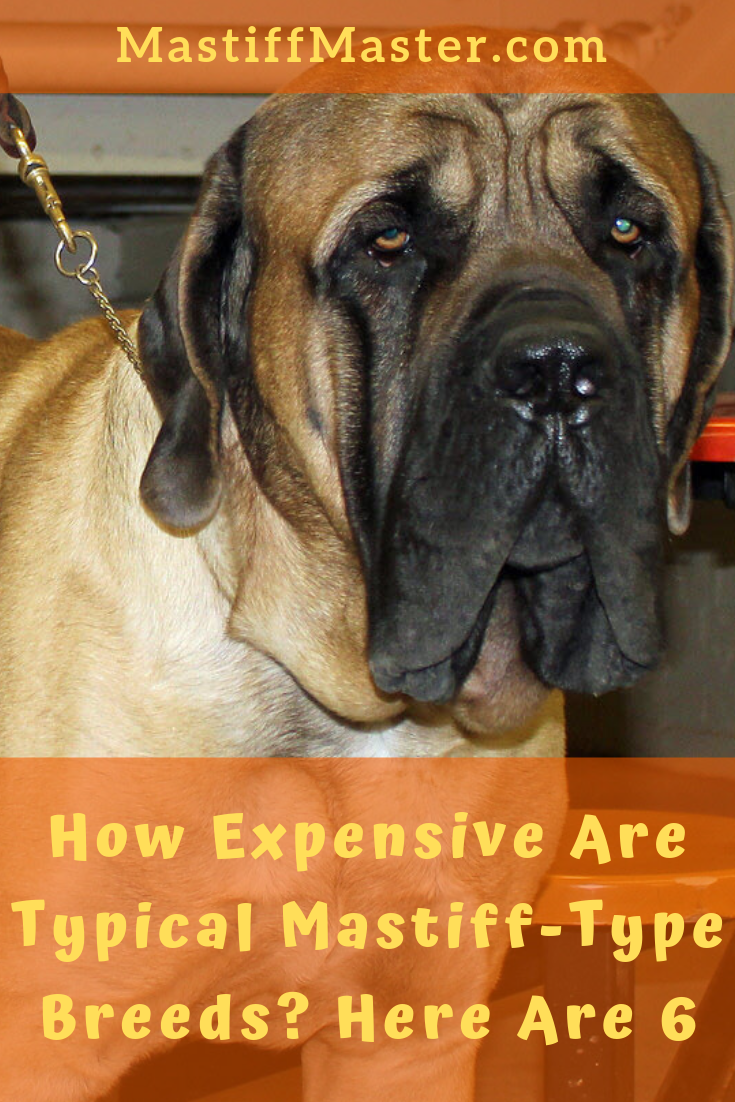 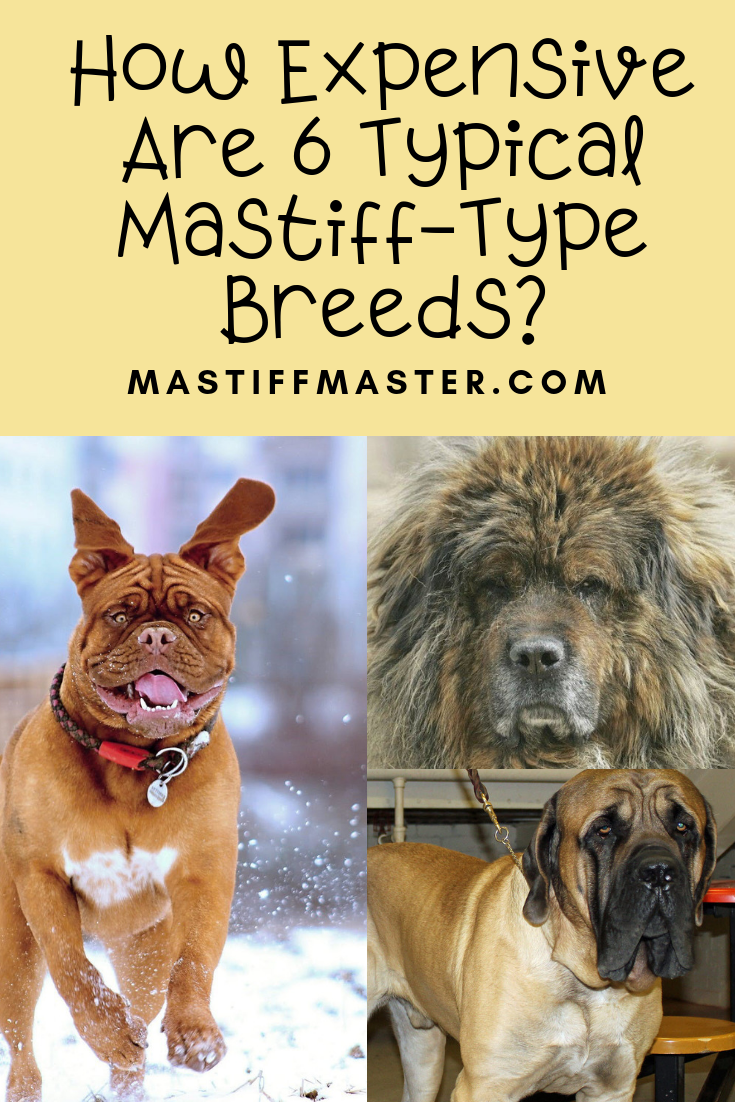 Mastiff Budgeting- How Much Should You Expect To Spend In Year 1?