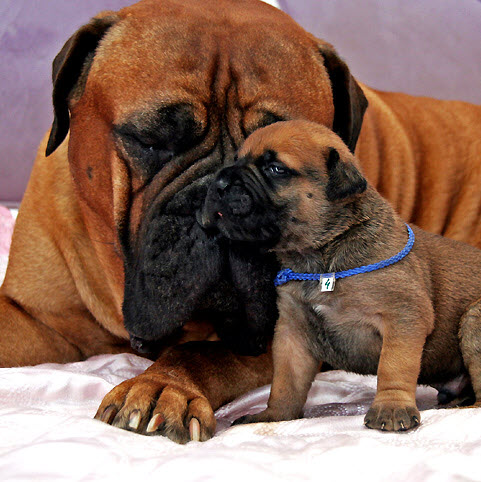 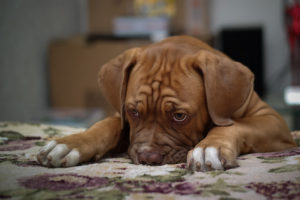 Before a breeder starts their venture into mastiff breeding, they must know that there are some things which they must first consider. Breeding is found by many first-timers to be exhausting, expensive. Even the female dogs have a hard time out of it.

It’s one of those ventures where things that can go wrong will go wrong. So if they’re not prepared to take be disappointed a lot, then they might want to give up this plan.


Obviously, they must already have be taking care of a mastiff pet that seems like it will contribute something to the breed. To figure this out they must know the standards of the breed, assess their dog’s physical traits, its temperament, and know its genetic defects.

Take some time to review the mastiff standard of perfection. You’ll be able to get a hold of this standard through the American Kennel Club. 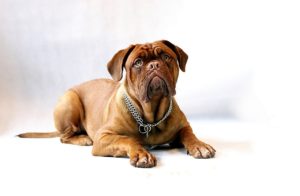 These days, the number of irresponsible dog sellers is gradually increasing and it has gotten easier for them to advertise to unsuspecting buyers who won’t be able to tell the difference between a healthy Bullmastiff and a poorly raised puppy.

Responsible Bullmastiff breeders and other concerned parties are worried, of course. And why wouldn’t they be? Not only are unhealthy puppies being sold to people (and a few years later, these puppies eventually get sent off to shelters because their owners simply can’t take care of them anymore), the maltreatment of perfectly good pets is allowed to continue.

1. The Lack of Health Tests

Responsible breeders always think that getting the parents of the puppies they’re raising tested is necessary. This is because of some breeds, like the Bullmastiff, come with some health issues and it is through expert breeding that these problems are lessened.  They should also have their dogs undergo genetic testing. Find out the overall health of the dog’s lineage – its parents, grandparents, and as far as you’ll go – so you’ll know how sound its genetic markup is. The point is so that they can increase the chances that their dog will produce offspring with fewer genetic defects.

In exploring a dog’s lineage, they also be able to take note of the qualities present in the line including the physical and mental traits of its parents. The more they review and scrutinize a dog’s parentage, the more they’ll be able to figure out the possible outcomes of their venture into breeding. If they aren’t thorough enough, they might end up making a bad choice. This will have bad effects for the breed in the years to come.

If none of the parents of the puppies that your breeder is raising either look very old or regular run of the mill dogs, then the puppies were probably just bred through convenience breeding. The parents weren’t carefully selected in terms of health and temperament, so you could be getting an unhealthy puppy with a poor temperament.

3. Way Too Many Puppies 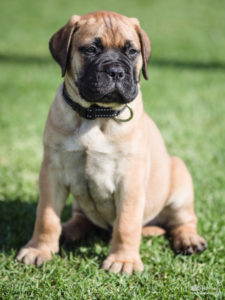 When you ask to visit the place of the would-be breeder, don’t expect to see a lot of puppies running around. This actually could be an indication that the breeder is not a good one.

Take note of how the breeder and the puppies interact. If the puppies all seem afraid of the breeder instead of feeling affectionate, then you might be talking to someone who is running a puppy mill is not a responsible breeder.

Naturally, you will have some questions about Bullmastiffs that you want to be answered. In case the breeder you’re talking to cannot answer your questions, then you have more than enough reason to say goodbye to the person immediately.

A good breeder has raised their breed of choice for a long time so they’ll know what to expect from dogs of the breed. Can you call someone who does not know of your concerns a good breeder? I guess not.

If you aren’t asked anything about your lifestyle and your home by the breeder, then don’t be happy about it. You should actually be worried.

Ask yourself this, would you trust someone who doesn’t seem to show any concern for the puppy? Put yourself in the shoes of a good breeder. Wouldn’t you want to know if the person you’re about to give the puppy to, the same puppy you’ve taken good care of, is someone who can take care of it properly? 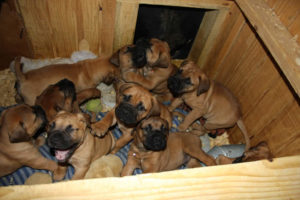 If you’re surprised about how cheap you’re getting the puppy, you should take that as a sign that the breeder is not a responsible one.

There are many requirements to properly take care of any breed of dog, and responsible owners fulfill all of these requirements. They do not skimp on costs related to pet care. Conversely, there are also those who charge a lot for the puppy to distract you from thinking that they could have used poor breeding methods. A high price is not an indication of a well-bred puppy either.

So, if you consider the costs of all the requirements for properly raising a Bullmastiff – including health tests and registration fees – then you should be able to come up with a rough estimate. If you meet a bullmastiff breeder who’s offering around the same figure, then you just might have found yourself a good breeder.

In your search for that puppy you’ve always wanted, you must have found a lot of resources – websites, advertisements on newspapers, personal recommendations from mastiff owners – which you can use as a great starting point. It’s good that you’re avoiding pet stores since you’re informed enough to avoid supporting an industry or business that treats the dogs unkindly.

Though, if you’re still craving for more information about your pet to be and can’t wait to go get that puppy, then the person you should be on the lookout for is a great mastiff breeder.

What makes a breeder great? You must think that it’s really difficult to tell if you’re meeting with a reputable breeder and to be honest, it is. But that’s exactly why you should carefully scrutinize the person you’re dealing with. Ask a lot of questions. Try to look for qualities which make a great breeder. To help you along, here are some qualities you should be on the lookout for.

This one is fairly obvious. You wouldn’t want to accept a puppy from someone who doesn’t seem to know anything about the pet he or she is giving up.

So, if the breeder you’re talking to can’t quite answer your questions about how to take care of a pet (and it’s totally natural for you to have these questions in the first place,) then you might want to consider looking for someone else. There’s a real danger that this unreliable breeder will be giving you an unhealthy puppy for a hefty sum. 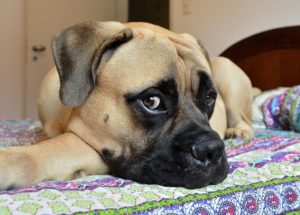 Good breeders breed for a purpose and they stick to it. Their reason for breeding should be that they have a contribution to make to the breed’s lineage. Reputable breeders aren’t out to make money by selling puppies to anyone.

Are their dogs among the healthiest mastiffs around? This is important to consider because the health of the parents will basically be the probable health of the puppies. This same consideration is the same for the dogs’ temperament. If the parents are good-natured, then the offspring are bound to be great pets too.

With reputable breeders around, dogs of the mastiff breed grow healthier and easier to get along with every generation.

Properly caring for mastiffs and ensuring wonderful offspring from the dogs takes a lot of time, money, and effort. As an owner of a Mastiff, you’ll only know a portion of the hardships that a breeder goes through. And they’ve been experiencing the same routine ever since they started to dedicate themselves to mastiff breeding.

How long has it been since your breeder started in his work? How many dogs has he taken care of? Take some time to know and you might be surprised at just how much hard work it takes to breed mastiffs.

Anyone else would have given up on taking care of his mastiff pet properly but not a good breeder. 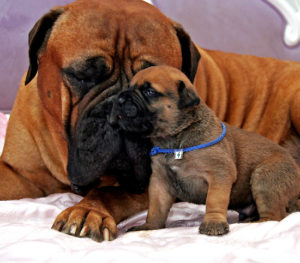 Does the breeder you’re dealing with seem to want to just get rid of the puppy? Or is the breeder showing a slight unwillingness to give up the puppy? If you’re seeing the latter then you’re talking to a great breeder.

With breeders, it’s not the sale of the pup that matters. What’s important for them is securing a good master for the puppy they’ve raised. They won’t give up the mastiff puppy to anyone – they like to make sure first that the person they’re giving up the pup to can properly take care of the dog in their stead.

A great mastiff breeder, also, is among the first who will volunteer to take the pup back in, if the former master is unable to continue doing so for any reason.