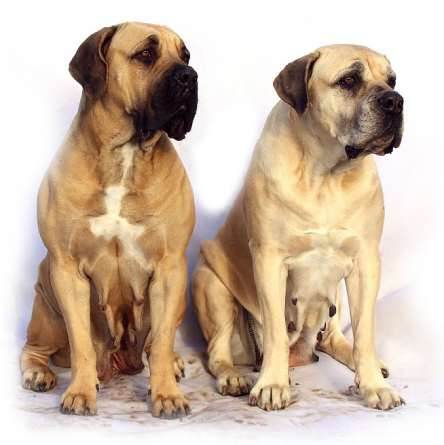 What Makes Up Loose Skin?

Unlike humans, loose skin and wrinkles is not a sign of old age in dogs and doesn't occur in all breeds. Genetic alteration in some dog breeds results in the production of large amounts of hyaluronic acid; one of the components found in spaces between tissue cells which instead accumulates under the skin forming wrinkles and loose skin. 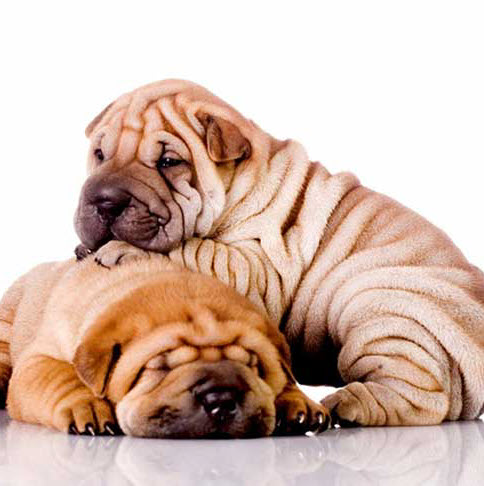 Weight loss is one common cause of loose skin if previously the dog possessed high levels of body fat. Like the Mastiff, other breeds of dogs such as the Shar-Pei or Bloodhound have extra loose skin below the neck area or the lower jaw known as the ''dewlap'' or "wet neck."


In some breeds, this characteristic is considered natural or a regular part of their anatomy and even desirable while on another type of dog breed it's regarded as a health condition or a fault. Dog breeds such as the Pug have loose skin on their forehead because their skull doesn't have a protruding bony ridge above their eye sockets. Loose skin in certain breeds of dog is considered to improve the fundamental abilities of the dogs which explains why hunting, tracking and working dogs usually have abundant sagging skin around their heads and necks. 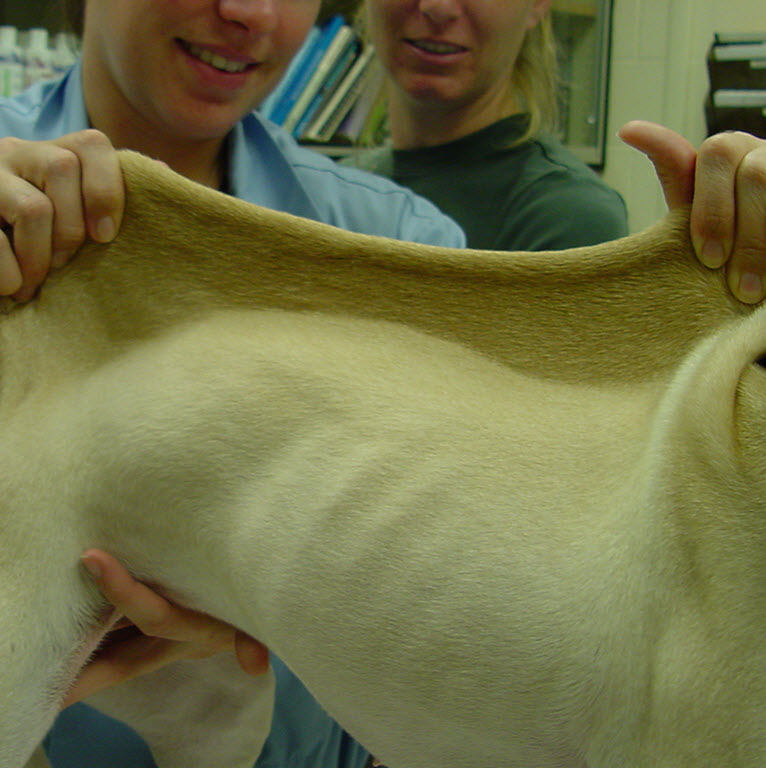 This condition is otherwise known as Ehler-Danlos syndrome. It's caused by a genetic mutation which passes from parent to puppy. Either or both parents can be carrying the gene and pass it to the offspring making it a dominant gene. The gene may be passed to the offspring from one of the parents making it a recessive gene. It can affect any breed of dog from a young age, but the disease has higher incidences in dog races such as English setters, Irish setters, Greyhounds, Manchester terriers, Beagles, St. Bernards, German shepherd and boxers among others.

Cutaneous asthenia occurs when the dog experiences reduced levels of collagen which is an essential protein molecule tasked with providing the skin as well as the entire body with strength and elasticity. Due to lack of collagen, the dogs affected by the condition suffer from skin tears, scarring and easy bruising. The disease also leaves the skin drooping because its structure is affected for lack of elasticity and this makes the skin surface not to return to the body once it stretches away. To date, there is no known treatment of cutaneous asthenia, but veterinarians can recommend specific treatment and practices such as providing a safe environment with no sharp objects and other hazards that can cause harm to the dog. The doctor will also advise on the need for the dog to spayed or neutered so as not to pass the gene to other generation. Euthanasia is recommended for dogs suffering cutaneous asthenia to prevent it from living in chronic pain. 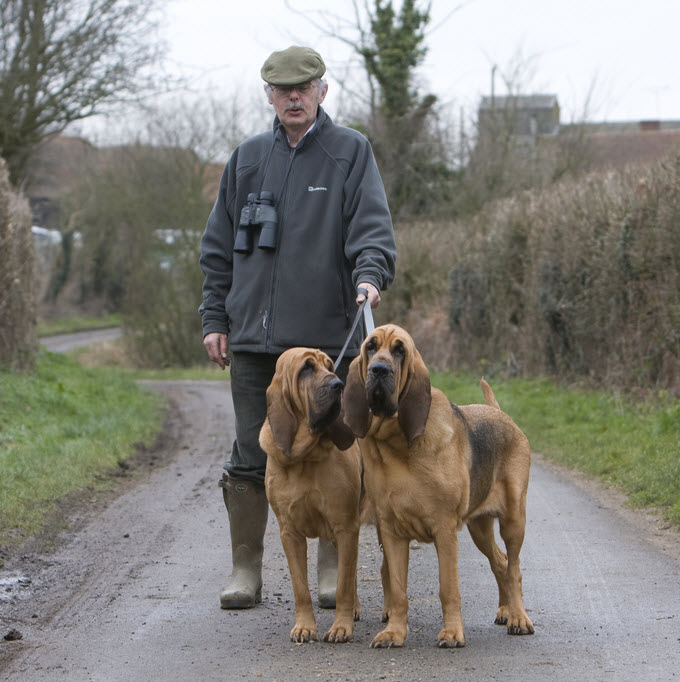 Bloodhounds are considered as a unique breed of dogs possessing sniffing and monitoring power. They can pick up scents even after long periods, probably days and over great distances which makes them the ideal breed of dogs used for investigations by law enforcement authorities. The loose folds of skin located at their jaws and neck capture the scent that the dog might have missed therefore empowering him to confirm and find what he was searching for. Basset hounds are usually used for hunting animals such as rabbits in the United States. They use their sagging skin and ear leather to trap the prey's scent, enabling them to locate the prey. 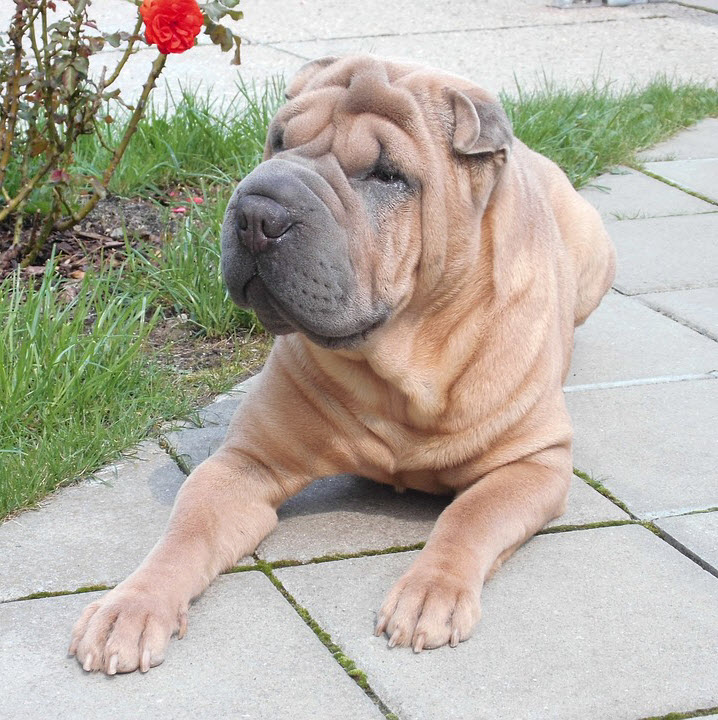 Certain breeds of dogs such as the Shar-Pei are bred and kept for fighting and guarding homes as well as hunting boars. Unlike the tracking dogs, war or guard dogs tend to lack the long ears in their body anatomy. When defending homes, the Shar-Pei has a strategic advantage by having the loose skin since whenever it is bitten or attacked it could twist in its coat and have enough time to recover and bite back or counter-attack. Therefore, the loose skin acted as a weapon. The loose skin in Shar-Pei and other breeds of dog like the mastiffs protected them by reducing the impacts of bites from the attacker or enemy which make them move around with ease even if the enemy has a grip of their skin. The skin also acts as a barrier that protects the inner body parts of the mastiffs and other guard dogs because when an enemy tries to bite them by their necks, it will only get a mouthful of skin, shielding the inner body parts from any injury as well as making them tolerant to pain from such bites.

Guard dogs like the mastiffs have the edge over an enemy or human intruder since the loose skin on his face and neck makes it look intimidating instilling fear to the intruder. As a characteristic, loose skin is part of the breed standard so breeds without one could be disqualified if they don't possess it. There is a skin condition referred to as hypothyroidism which makes the dogs look dull and can also be caused by the enlargement of the lymph glands or even some fluid leaking out from the blood vessel. Moreover, the loose skin can be caused and triggered by dog bite. This results to the dog developing a knot under the skin of the area around the neck as a result of formation of an abscess. Another condition may result from development of salivary cyst which may become large, filling the entire area below the jaw. 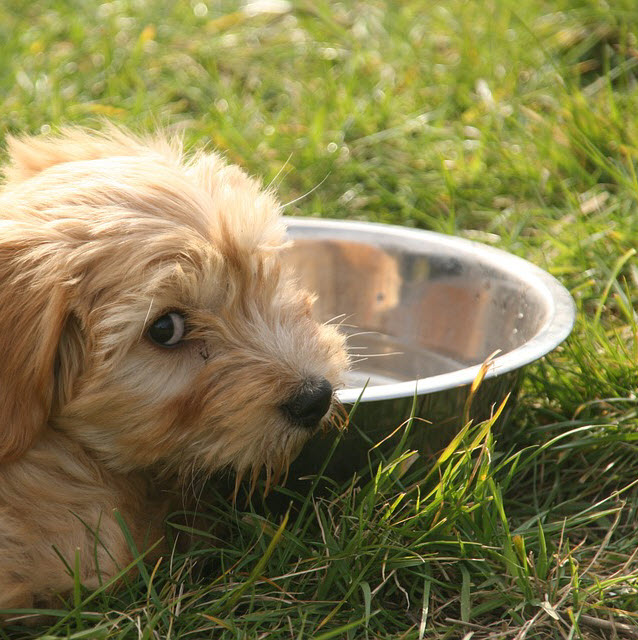 Dehydration is a condition that occurs if the levels of water in the dogs' body is less than normal. As with their human companions, it's important to note that over 90% of dog's weight is made up of water. Therefore, any reduction in body fluid will make the dog extremely ill from dehydration. The result is loose skin and its elasticity. You can check this manually by grasping the loose skin over the shoulders and lifting it up as far as it will stretch and release. If it does not snap back immediately then your dog may be dehydrated. 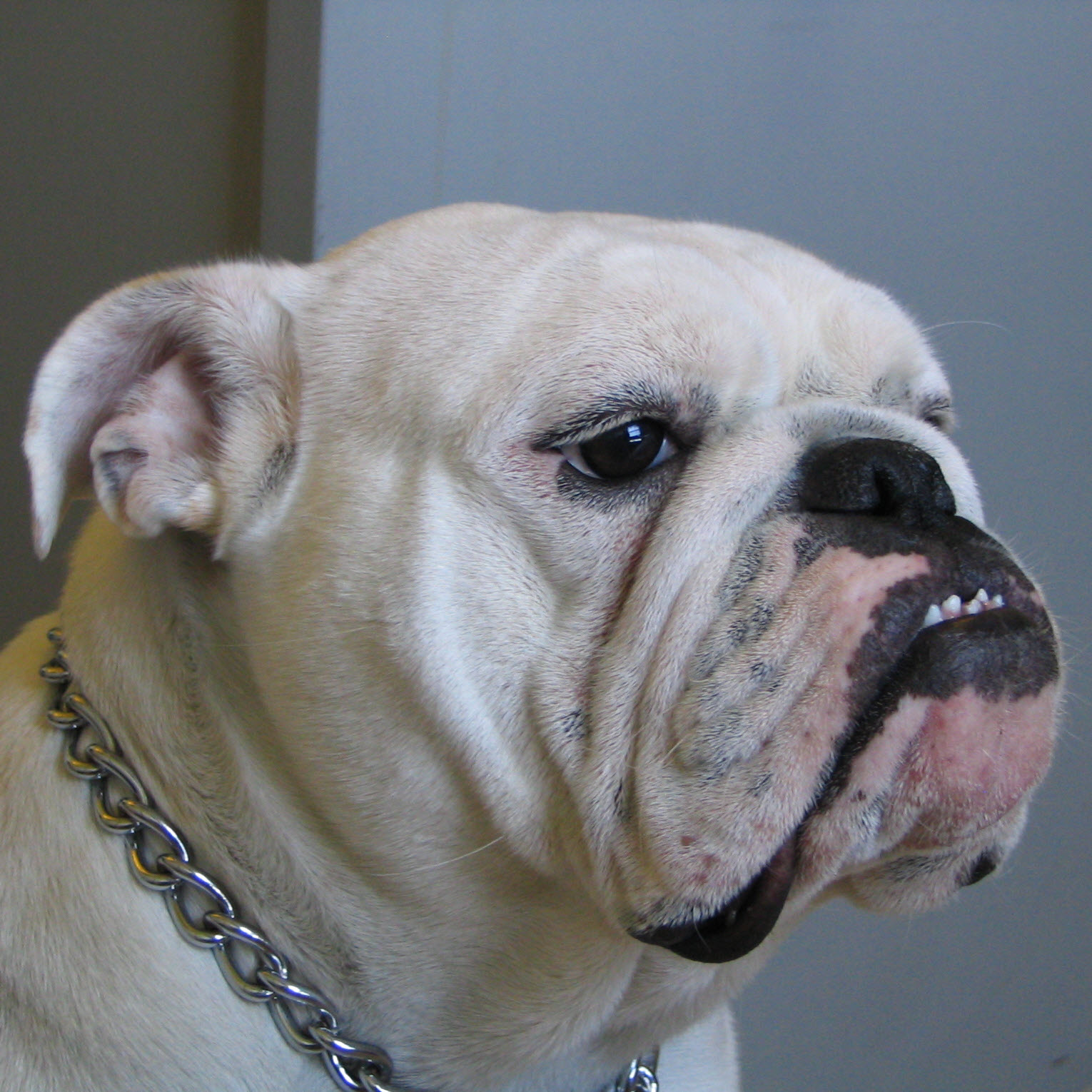 This is a condition that occur in dogs with excessively wrinkled skin and is often found within the face, lips, vulva and tail folds. This condition occurs due to the increased moisture and the heat which builds up in under the folds. These folds act as breeding places for bacteria, yeast and fungi. Skin Fold Dermatitis can lead to the dog's skin becoming dangerously loose due to the effect of the disease. 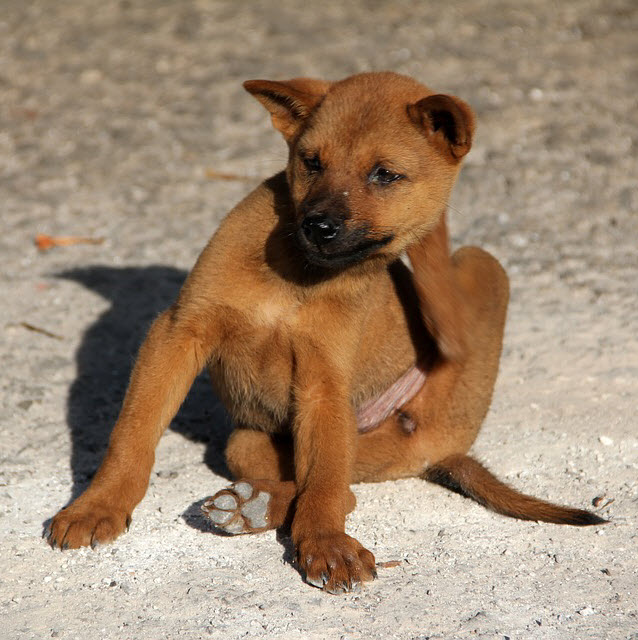 Skin problems may result from loose or sagging skin in dog breeds from the effect of fleas. These cause irritation and discomfort to the animal to the point where the effect may end up severe. This may in turn lead to the skin becoming even looser as the animal cannot cope with the burden. However, this can be treated by ensuring that the dog stays in a clean environment. Failure to notice the effect of these parasites can make the skin become loose and even destroy the skin due to continued rubbing by the animal. 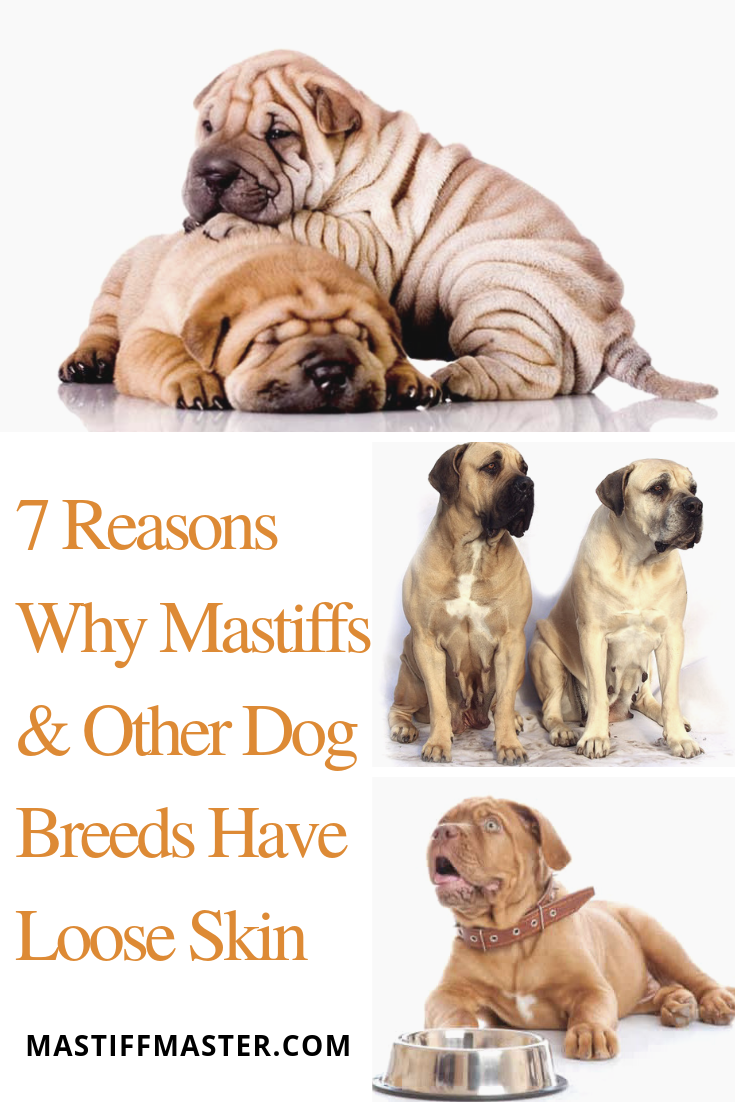 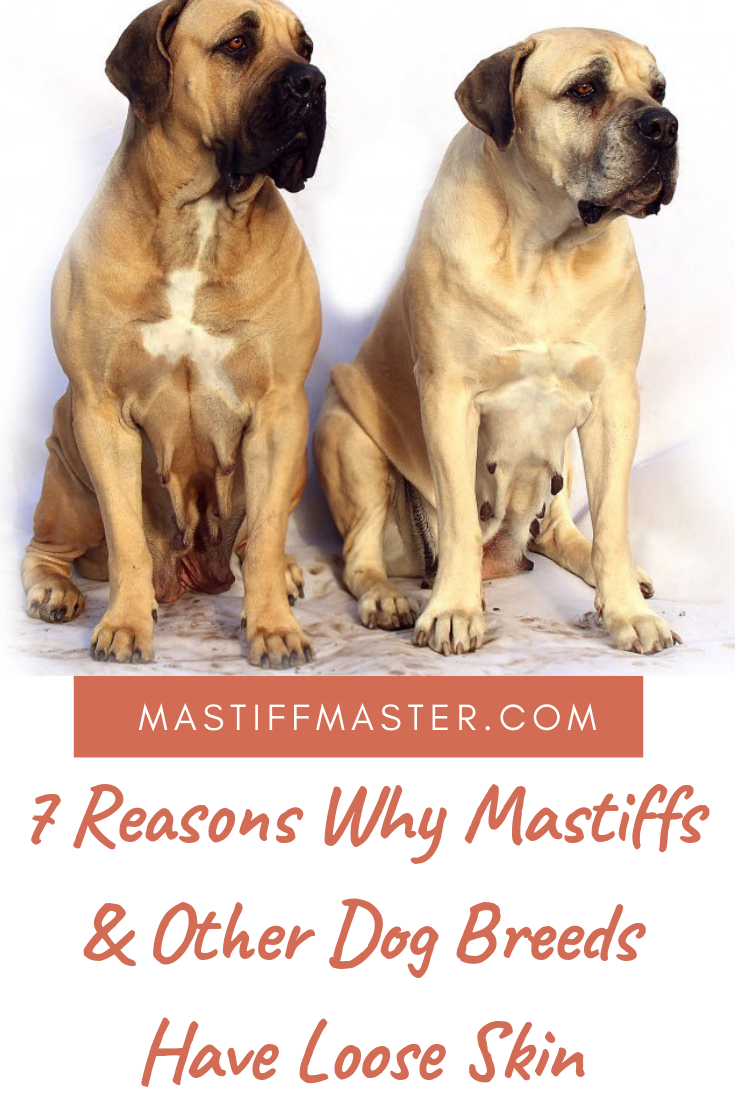 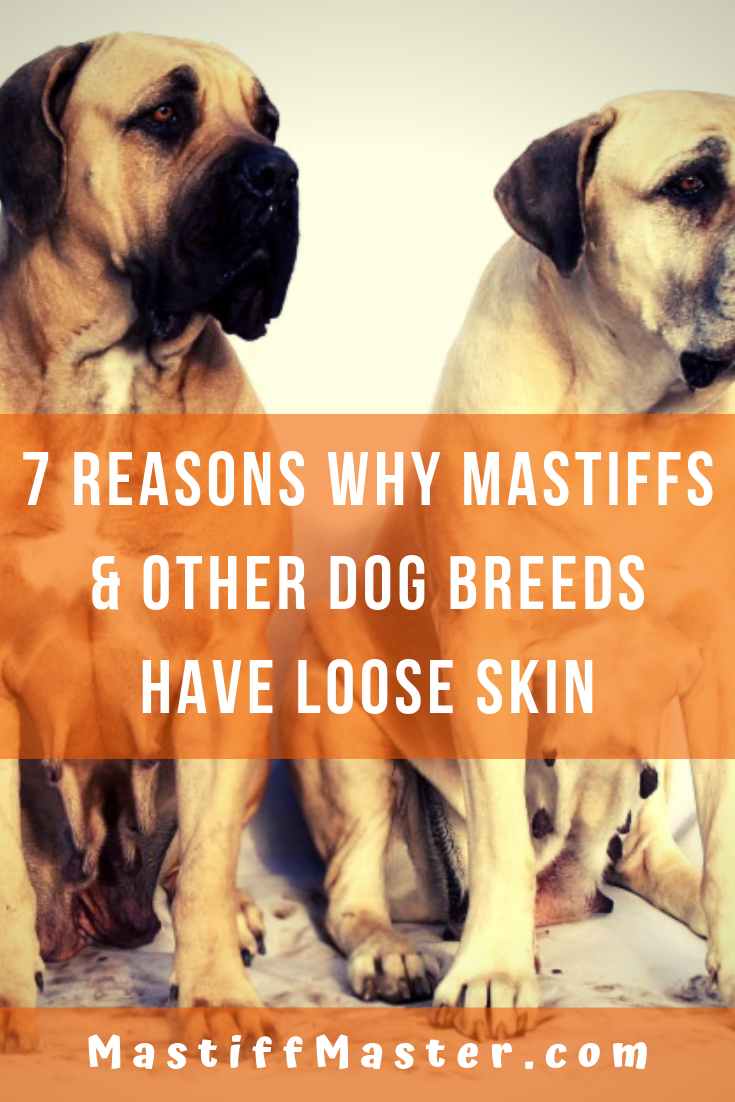 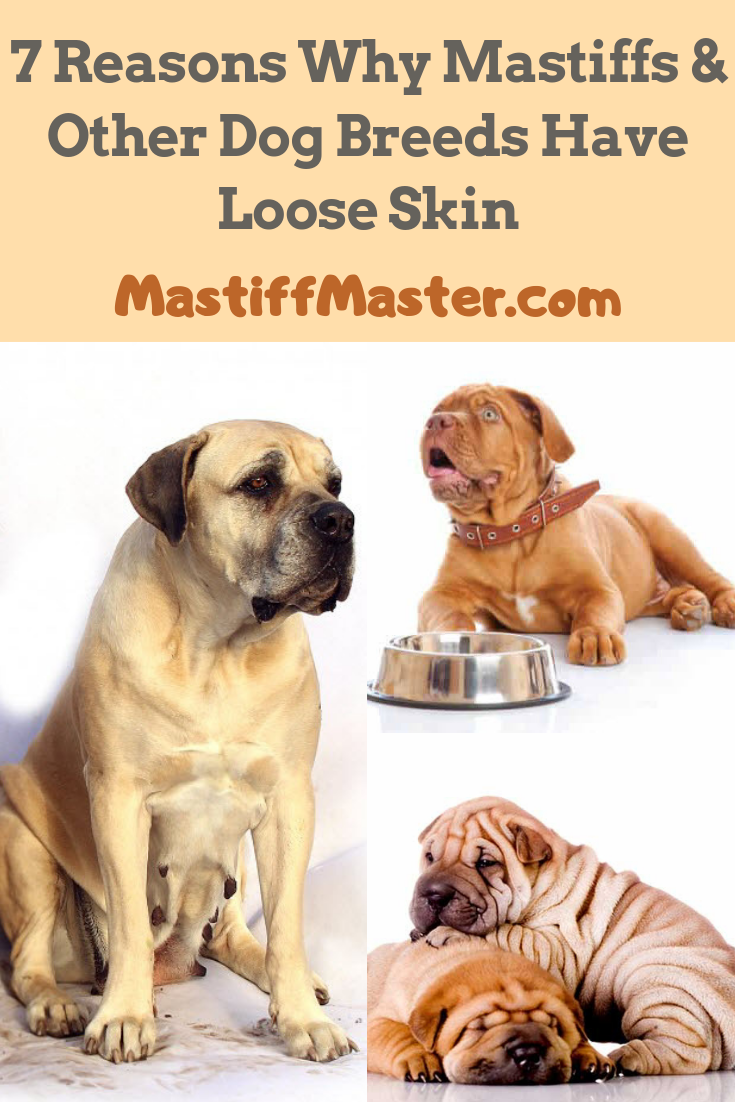